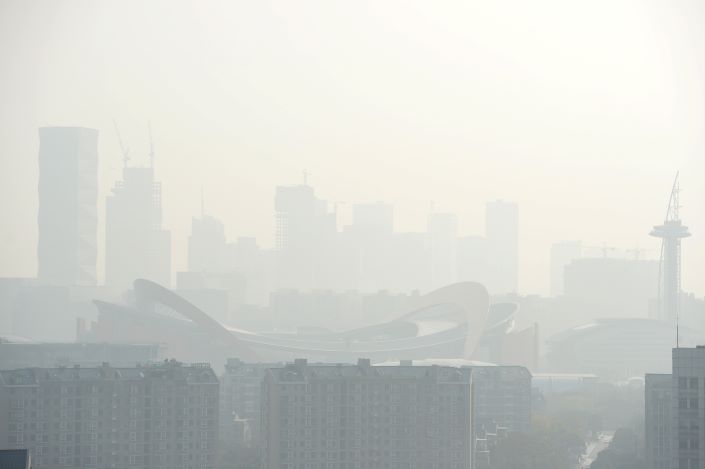 The Yangtze River Delta and the Fenwei Plain regions in China should improve their air quality readings by 2% and 3%, respectively, during the 2019-2020 autumn and winter seasons, China’s Ministry of Ecology and Environment announced.

The two regions have been tasked with lowering the average daily concentrations of PM2.5, particulate matter with a diameter of 2.5 micrometers or less that can cause a litany of health complaints. The autumn and winter period runs from Oct. 1, 2019 until March 31, 2020, the time of year that typically sees higher pollution due to heating and high industry activity.

The Yangtze River Delta region, which includes cities such as Shanghai, Wuxi, and Hangzhou, and the Fenwei Plain, which encompasses an area of about 150,000 square kilometers across Shanxi, Shaanxi, and parts of Henan provinces, have gotten off easy this year compared with the targets for the 28-city region that includes Beijing, Tianjin, Hebei province and surrounding areas. That region must decrease its average PM2.5 concentration by 4% this autumn and winter season.

Related: China’s Big Cities Get Cleaner Air, But at What Cost?