Census Reveals China’s Economy Was 2.1% Bigger Than Estimated in 2018 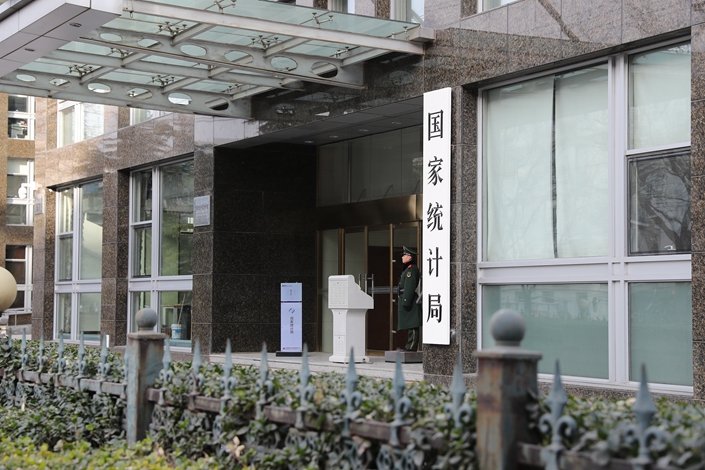 The National Bureau of Statistics in Beijing on Dec. 9. Photo: VCG

China’s economy in 2018 was 2.1% bigger than originally estimated, the National Bureau of Statistics (NBS) announced on Friday, saying it had revised last year’s gross domestic product (GDP) up by 1.9 trillion yuan ($270 billion) in the wake of the results of the latest national economic census.

The increase is the smallest of all four upward adjustments made after the censuses of 2004, 2008, 2013 and 2018, but could still help ease pressure on the government to implement stimulus to achieve its target of doubling real GDP and per-capita income by 2020 from 2010 levels. Friday’s announcement by the NBS, which followed initial publication of the census’s findings on Wednesday, put China’s nominal GDP in 2018 at 91.93 trillion yuan.

“The revision has three key effects,” economists at Nomura Holdings Inc. wrote in a note Friday. “First it helps Beijing to deliver on its target of doubling real GDP by 2020 from the 2010 levels. Second, it provides some leeway in Beijing’s determination of its 2020 growth target. Third, it may help to clarify what Beijing needs to do to deliver on its 2020 growth target.”

China needs to reach an average annual real GDP growth rate of 6.2% in 2019-20 to deliver on its promise to double real GDP in this decade, they said. Expansion of around 6.2% should be achievable for 2019 but delivering 6.2% growth in 2020 does not look very realistic. “The upward revision to 2018 nominal GDP likely allows Beijing to set a lower growth target for 2020 while still delivering on its promise to double GDP,” they said.

The change won’t have a “substantial impact” on the GDP growth rate for 2019, an unnamed NBS official said in a question and answer statement (link in Chinese) posted on the bureau’s website Friday, adding that the preliminary estimate for 2019 will be calculated using the revised figures for 2018.

“You can see from the situation of the previous three economic censuses, the data revision has no significant impact on the GDP growth rate in subsequent years,” the official said. The NBS is revising historical GDP data and data for relevant industries, but due to the heavy workload involved, the changes have not yet been completed, he said.

The bureau has sought to quell speculation that the results of the latest national economic census would be used to boost flagging growth to help the government meet the country’s target of doubling real GDP and per-capita income in 2020 from 2010 levels.

The goal was set in 2012, but as economic expansion measured by real GDP growth has slowed significantly since then, doubts have increased about whether the target could be met if the rate slid below 6.5% a year from 2018 to 2020.

“I want to emphasize that GDP accounting is not influenced by other factors, only by principles of accounting methodology and changes in data sources,” Li Xiaochao, a deputy head of the NBS said at a press conference (link in Chinese) on Wednesday. Adjustments will “not be due to other factors, such as achieving the growth target.”

China’s economy will expand by 6.1% in 2019, according to the median estimate in a Bloomberg News survey of analysts, the weakest gain in almost three decades. That’s down from 6.6% in 2018 and at the bottom end of the target range of 6% to 6.5% announced by Premier Li Keqiang in March. The pace could slide to below 6% in 2020, according to the forecasts of many economists.

The government will most likely tone down its growth target slightly to “around 6.0%” for 2020 as it still values economic stability, Nomura’s analysts said. “Beijing needs to send the right message to markets about its determination to deliver stable growth to avoid the risk of a negative spiral between weakening demand and sentiment.”

China has regularly adjusted its economic figures from previous years and made major revisions since it started conducting national economic censuses. The first census, carried out in 2004, found the economy was 16.8% larger than originally estimated.

In addition to revisions made as a result of censuses, the statistics bureau in 2016 adjusted historical GDP after a major overhaul of the methodology used to calculate economic output that involved changing the way research and development expenditure was accounted for, classifying it as part of fixed capital formation, which is included in the GDP calculations, rather than as intermediate consumption, which is not.