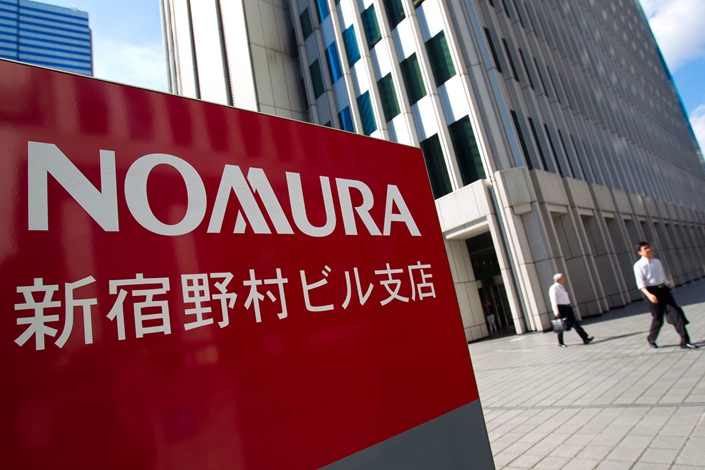 The license, which is the first securities business license issued to a foreign-controlled securities joint venture on the Chinese mainland, comes almost eight months after Nomura received approval to set up the venture. It marks the latest development in China’s broader drive to grant foreign investors wider access to its financial markets.

“Nomura aims to leverage its global expertise to provide clients with diverse investment products and services for the Chinese market,” the biggest brokerage and investment bank in Japan said, adding that it aims to grow the joint venture into a full-fledged brokerage.

Former Chinese official Yu Qing, who worked at the Ministry of Finance for 20 years dating back to 1989, is set to be Nomura Orient’s chairperson, according to an August CSRC document (link in Chinese). Previously, she was vice president and chief financial officer of Hong Kong-listed China Reinsurance (Group) Corp., the country’s only state-owned reinsurance group.

In April 2018, the CSRC issued rules raising the ceiling on foreign ownership of Chinese mainland-based securities firms to 51% from the previous 49%. In late March this year, Nomura received a green light from the regulator to set up Nomura Orient, in which it holds a 51% stake. Two Shanghai-based state-owned enterprises hold the remainder (link in Chinese).

Several other global financial giants have also won approval to control securities firms on the mainland, including Swiss financial giant UBS Group AG, and U.S.-based JPMorgan Chase & Co. So far, neither of the two has received a securities business license.

In July, Chinese Premier Li Keqiang said the country will abolish caps on foreign ownership of securities, futures and life insurance firms in 2020, one year earlier than planned.

Data security is a major concern, an overseas financial firm staffer told Caixin, elaborating that all the data and information they collect on the Chinese mainland must be physically stored on the mainland according to the country’s Cybersecurity Law, which could pose numerous issues when they try to share the data with overseas colleagues.

Quan Yue and Thomas Zhang contributed to this report.