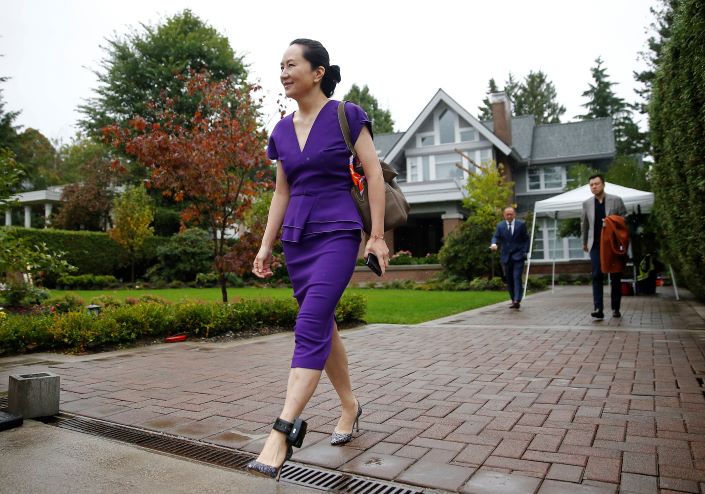 Televising the hearings “amplifies the risk that the President of the United States will once again intervene in the Respondent’s case, or harbour resentments, that are both threatening and intimidating,” her defense said in a court submission.

Earlier this year, Trump made conflicting statements on whether he might try to intervene in the U.S. Justice Department’s efforts to extradite Meng in order to boost a China trade deal. Her defense has used that to argue that her case is politicized and she should be freed.

Meng, eldest daughter of Huawei’s billionaire founder Ren Zhengfei, was virtually unknown publicly until her arrest last December at Vancouver’s airport at the behest of U.S. officials. The U.S. accuses Meng of tricking banks into conducting transactions that violated sanctions on Iran.

Meng deserves the court’s protection, her lawyers said, because the media glare on her case has been “overwhelming.” “Her every move is scrutinized by the media, from her legal submissions to the clothes she wears.”

Drawing more attention from Trump or U.S. officials would place undue pressure on how Meng defends herself and could sway her fight to be freed, they said.

Meng is set to appear in court on Jan. 20 for the formal start of extradition hearings.