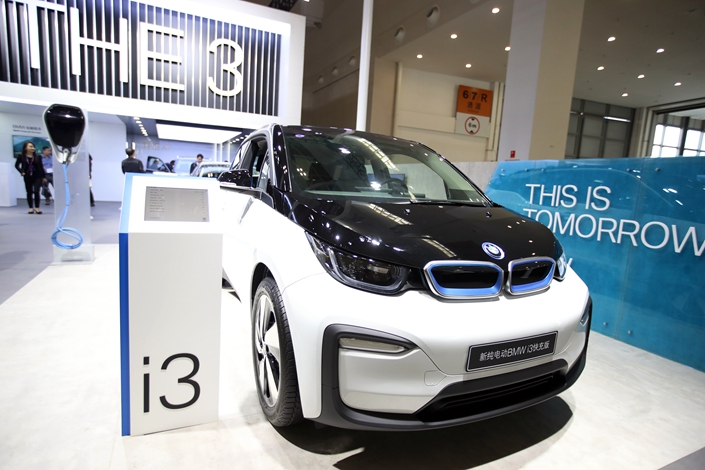 The Jiangsu branch of the National Development and Reform Commission (NDRC) approved the project on Nov. 21, paving the way for construction to begin next year, according to a Friday announcement from Great Wall Motor Co. Ltd. Great Wall’s 50-50 joint venture with BMW, Spotlight Automotive Ltd., is developing the project.

The project will be based in Zhangjiagang, East China’s Jiangsu province, and construction is slated to be completed by 2022, according to the announcement. It will also produce traditional gasoline-powered cars for export, with an annual capacity of 160,000 such cars.

Great Wall Chairman Wei Jianjun told Caixin that Spotlight Automotive is an important part of his company’s globalization plans. BMW Chairman Nicolas Peter said the German automaker plans to produce the EV version of its Mini model vehicles at the joint venture. BMW first announced the joint venture more than a year ago, part of a bigger wave of similar announcements by major foreign automakers looking to produce new-energy vehicles in China.

Beijing has placed strong emphasis on development of its new-energy car market, aiming to clean up the country’s polluted air and develop cutting-edge technologies that can be exported. It previously provided strong incentives to encourage development, targeting both consumers and manufacturers. But many of those incentives were abused, as companies developed cars using old technology and customers often bought cars that were underutilized just to get government cash.

As a result, Beijing has phased out many of the incentives over the last year, resulting in plunging sales. New-energy vehicle sales tumbled 46% in October to just 75,000 units, following a 34% drop in September.

To prop up the industry, Beijing has turned to a new plan requiring all carmakers to get specified percentages of their sales from new-energy vehicles in the coming years.

To improve quality, the state planner also sharply raised the bar for approving manufacturers in new guidelines announced a year ago. Spotlight Automotive is now allowed to conduct product development work for EVs under the latest approval, but still must get separate approval for actual EV manufacturing under the tougher guidelines.