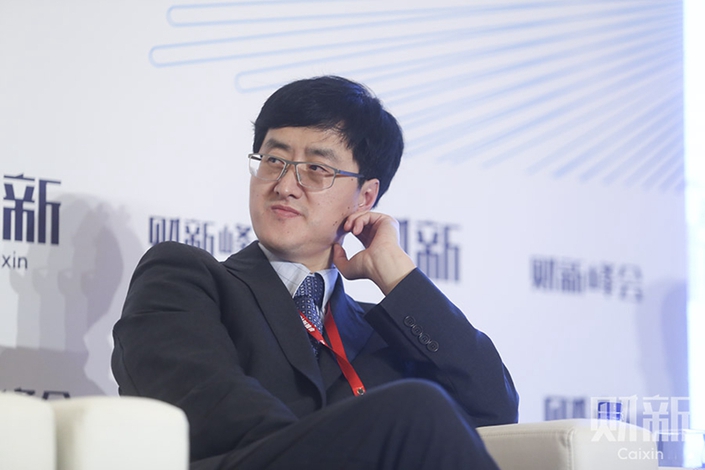 A renowned Chinese economist is returning to the International Monetary Fund (IMF) after four years at technology giant Alibaba Group Holding Ltd. and its fintech arm, Caixin has learned.

Sun Tao, a co-founder of the Luohan Academy digital technology research institute set up by Alibaba in June 2018, resigned last month and is heading back to the global lender, people with knowledge of the matter told Caixin. Sun worked for the IMF from 2007 to 2015.

After leaving the IMF in 2015, Sun first joined Ant Financial Services Group, an affiliate of Alibaba, as senior director of the strategy and research department. In 2018, he moved to the Luohan Academy.

At the IMF, Sun will work as an economist in the monetary and capital markets department, focusing on digital currencies and data governance. The unit is responsible for providing digital currency-related guidelines for IMF members.

Cryptocurrencies are drawing increasing concern from policymakers worried about privately issued digital currencies outside existing regulatory control, which may increase risks of money laundering and threats to financial stability.

The rise of digital currencies is an inexorable trend, but so far there has developed no consensus on whether privately held companies should be allowed to issue such currencies, Sun told Caixin. Multiple governments around the world are consulting the IMF about whether they should issue digital currencies or how they can do so, he said.

Facebook’s June announcement that it was planning to issue a stablecoin called Libra has raised concerns among monetary authorities around the world about the risks it could pose to the financial sector in many countries. A stablecoin is a cryptocurrency backed by a basket of assets to make it less volatile. Mu Changchun, a Chinese central bank official, has said stablecoins like Libra should be supervised by central banks and incorporated into their regulatory frameworks.

Libra now faces growing scrutiny from regulators around the world. No global stablecoin project should start operation until legal, regulatory and oversight challenges and risks are adequately addressed, according to an October report by a working group on stablecoins under the G-7, an organization of the world’s seven biggest advanced economies.