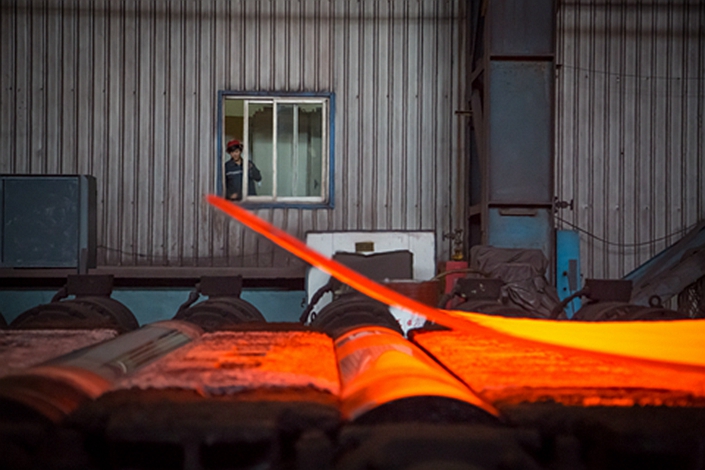 Chinese steel production is expected to maintain rapid growth even as the country’s economy slows, increasing 6.5% to hit 988 million tons this year, and 981 million next year, suggesting efforts to curb excess capacity in the sector may have slackened.

Li Xinchuang, president of the China Metallurgical Industry Planning and Research Institute, gave the figures at a press conference on Thursday, where he claimed demand was expected to rise on the back of increased domestic infrastructure investment and other factors, though he conceded that was “surprising” given the state of the economy.

He predicted next year’s output would fall slightly to 981 million tons, and domestic demand to 881 million, adding: “Overall, we think steel consumption is at a peak, and will trend down slowly.”

China made headway in reducing excess steel production capacity by around 150 million tons between 2016 and 2018 in a bid to reduce pollution and respond to international claims it had flooded global markets.

But output ramped up 7.4% year-on-year in the first ten months of this year to 829 million tons of crude steel, the raw input processed into various steel products.

Li, who is also vice chairman of the China Iron & Steel Association (CISA), forecasted a 7.3% jump in domestic demand to 886 million tons this year. “It’s a bit surprising that production and demand for steel are both increasing even though China’s economic growth is weakening,” he said.

He pointed out that for the first ten months of 2019, 55% of steel purchases went to investment projects, driven in part by increased domestic infrastructure spending on things like roads and railways, and 35% was used in manufacturing. Li said higher-than-expected investment in real estate and housing construction for 2019 would continue to buoy demand through the coming year.

China has a large number of steel projects in the planning or construction phase that could significantly increase supply. The China Iron and Steel Association revealed in July that early figures showed these could produce an extra 250 million tons over the next few years.

China had cut 150 million tons of annual steel production capacity in total by the end of 2018, two years ahead of a five-year capacity cut target set in 2016. That balanced supply and demand, but without an increase in demand, an imbalance will re-emerge, said Chi Jingdong, another vice chairman of the China Iron and Steel Association.

The ongoing trade spat between China and U.S. could also drag on China’s steel consumption and investment, by hampering its exports and economic growth.

A previous version of this story misstated the proportion of steel purchases used in domestic infrastructure. It has been corrected and updated with additional information.