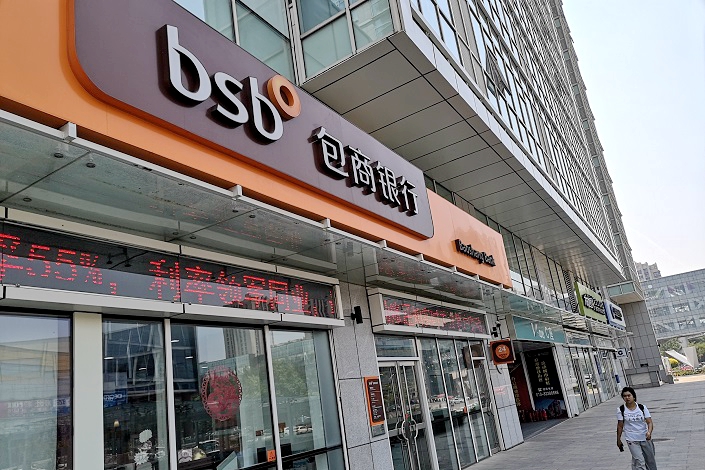 Jia Qizhen has become the latest of several local banking regulators in the Inner Mongolia autonomous region to have been placed under investigation on suspicion of corruption in connection with Baoshang Bank Co. Ltd., a struggling lender taken over by regulators in May.

Anti-graft watchdogs said in a Monday statement (link in Chinese) that Jia, an official at the Inner Mongolia branch of the China Banking and Insurance Regulatory Commission (CBIRC), is suspected of “serious violations of (Communist Party) discipline and law” — a euphemism for corruption.

Jia is not formally charged with supervising Baoshang Bank, but multiple sources from the bank said that Jia had appeared on occasions like regulatory meetings and inspections just like he was in charge of supervising the bank.

One source close to the bank told Caixin that there had long been an internal strategy in which some Baoshang Bank employees were assigned to take care of regulatory officials individually and keep an eye on them.

Caixin has confirmed with sources close to the matter that Li Zhenxi, a former chairman of Baoshang Bank, was asked by authorities to assist with investigation in November. It was not clear at that time what investigation they were referring to, but multiple sources have told Caixin that Li gave Jia a property in Beijing worth over 10 million yuan ($2.3 million).

In May, Baoshang Bank made headlines when it was taken over by regulators due to “severe credit risk.” The takeover has revealed endemic corruption surrounding the lender.

Jia isn’t the only official who’s in trouble. Liu Jinming, another official at the same CBIRC branch, was put under investigation by graft busters in November, according to an official statement (link in Chinese) released at the time.

Caixin has also learned from sources close to the matter that another CBIRC official who worked at that branch, Chai Baoyu, is under a graft investigation. All of them, sources told Caixin, are being investigated for suspicion of involvement in corruption with Baoshang Bank.

Baoshang Bank’s asset quality and business operations have deteriorated sharply in recent years. It had 535.8 billion yuan in assets and 503.4 billion yuan in liabilities as of the end of September 2018, according to a filing (link in Chinese) with the Shanghai Clearing House, one of China’s securities depositories.