Five Things to Know About the Man Who Made Lenovo 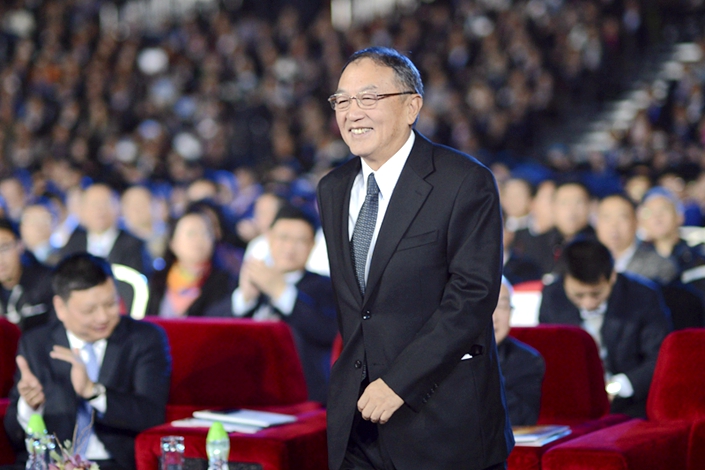 With China’s economy now the second-largest in the world, Chinese companies and their entrepreneurial founders have started to get a lot more global attention. While middle-aged founders such as Jack Ma and Pony Ma won fame from the success of their tech conglomerates, Alibaba Group Holding Ltd. and Tencent Holdings Ltd., the older generation, whose representatives pioneered entrepreneurship as early as the 1980s, are less well-known in the West. And yet, they are arguably much more influential examples of Chinese business figures.

One is 75-year-old Liu Chuanzhi, who is often called the godfather of entrepreneurship in China. His companies, Lenovo Group Ltd. and its parent Legend Holdings Corp., grew into tech and investment conglomerates big enough to respectively acquire IBM’s personal computer (PC) business 14 years ago, as well as Luxembourg’s leading bank last year.

Last week, Hong Kong-listed Legend announced that its founding chairman will retire at the end of the year. After his retirement, Liu will stay on as Legend’s honorary chairman and a senior company adviser. Ning Min, the company’s 50-year-old chief financial officer, will succeed Liu as chairman.

Here are five key things to know about Liu as he steps down from Legend:

Why is Liu’s retirement getting so much attention inside China?

In short, knowing about Liu helps one understand China’s community of entrepreneurs.

Liu comes from the generation of Chinese tech entrepreneurs that emerged shortly after the country began its experiment with market economics with the launch of its reform era in the late 1970s. Others from that group include Ren Zhengfei, founder of Huawei Technologies Co. Ltd., who was also born in 1944.

Within the business community, Liu was known for helping other young entrepreneurs, a role that earned him the “godfather” nickname. According to one of the more famous of these stories, Liu once helped a little-known entrepreneur named Lei Jun by investing $4 million to rescue Lei’s software company, Kingsoft. Lei would go on to become a billionaire by founding Xiaomi Corp., one of China’s leading homegrown smartphone-makers.

Liu was already 40 years old when he and 10 colleagues received the then-princely sum of 200,000 yuan ($28,600) from the Chinese Academy of Sciences (CAS) to start a company in a 20-square-meter (215-square-foot) workshop in 1984. That company would eventually give rise to Lenovo.

Lenovo has since become an example of home-grown tech company with an international culture. It does business in more than 180 markets worldwide. Liu’s daughter, Jean Liu, heads one of China’s biggest tech unicorns, the ride-hailing giant Didi Chuxing.

The elder Liu also co-founded the China Entrepreneur Club (link in Chinese), which Jack Ma now heads. Liu is still weighing whether to remain a member of the prestigious business club, Caixin has learned.

After the announcement of Liu’s retirement, he didn’t give a speech or hold a press conference. The only interview he did was with state-run broadcaster CCTV, during which he said that now is the “best time” for his retirement.

The change has been coming for a while. Liu told Caixin in a 2013 interview that he would start making succession plans well before he actually retired.

Liu first left a leadership role when he initially stepped down as Lenovo’s chairman in 2005. He then returned to that position in 2009 when the company was going through a rough patch. He relinquished his chairman’s title again in 2011, in order to put his energy into Legend, which made its IPO in Hong Kong in 2015.

For Liu, the 2015 listing was his “last major piece of work,” he told Caixin the same year. “When Lenovo was on the way up — when I felt that the team was well-adjusted and more mature — that would be when I should exit with peace and call it quits,” Liu said in another exclusive interview with Caixin in 2015.

“Each generation has their own responsibilities,” Liu said in a joint letter to Legend’s employees when his retirement was announced. The letter said it was the most appropriate time to hand over the company to a “younger, more innovative and international team.”

The new leadership will have to develop its own strategy, rather than relying on Liu to give directions, a Legend employee told Caixin.

Liu’s retirement from Legend is more authentic than the high-profile “retirement” of Alibaba founder Jack Ma. In the latter case, Ma gave up his role as chairman of Alibaba’s board of directors, but retained power by remaining a “lifelong partner” in a top five-member decision-making body.

Besides resigning as chairman and executive director of Legend’s board, Liu will no longer play any role in the company’s Nomination Committee, which his successor Ning will take over along with the title of chairman. Ning has also taken over a seat on the board’s Compensation Committee, which gives him control over both hiring and salaries at the company.

It is also worth noting that the board established a Strategy Committee upon Liu’s exit, in which the ex-chairman will serve as a member and advise on the company’s future moves. Ning, however, will chair the committee.

According to a Legend financial disclosure, Liu held less than a 3% stake in the company as of June 30, which means he cannot overturn any of the company’s decisions, at least not by himself.

What’s the difference between Lenovo and Legend?

Lenovo and Legend are now two different companies listed in Hong Kong, but that wasn’t always the case.

The original company started out as an agent selling foreign-made PCs and as a developer of a Chinese character software system. The founders went on to use the money from their businesses to develop their own brand, which was originally called Legend in English. The company later changed its name to Lenovo in 2004, and burst onto the global stage in 2005 when it purchased the PC business from global giant IBM in one of the biggest ever overseas technology purchases by a Chinese company at that time.

Most importantly, Lenovo was also a rare example of a state-owned tech enterprise that managed to transform itself into a private company. In 1990s, Liu won approval from CAS to give the company’s staff 35% of its total shares, which paved the way for Legend to become a private company.

While Lenovo focuses on selling computers and electronics, Legend is now an investment company with two pillars — strategic investing and financial investing. Like Lenovo, Legend has also made a name for itself through a high-profile cross-border acquisition. Last year, it bought a majority stake in Banque Internationale a Luxembourg SA for 1.5 billion euros ($1.66 billion), wowing the world. After the deal, Lenovo no longer makes up the majority of Legend’s total assets. That being said, the PC-maker still contributes about 90% of Legend’s total revenue.

What lies ahead for Legend?

Inspired by General Electric Co., Liu established Legend Holdings Corp. in 2001 with the aim of transforming it into a diversified investment company to hedge against the risks of running a business so dependent on electronics sales.

However, Legend’s investments haven’t all been successful. One of its failures is the debt-laden bike-sharing startup Ofo. In a letter, the company’s new leadership acknowledged that Legend faces challenges.