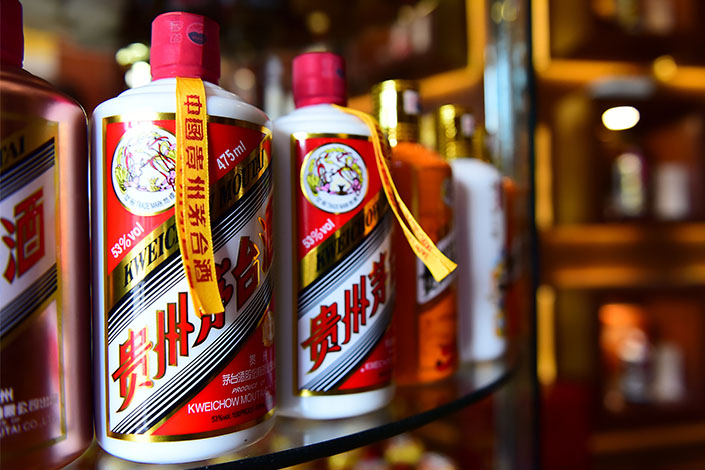 The debt-ridden government of one of China’s poorest provinces is leveraging its controlling stake in China’s most valuable mainland-traded company to help ease a cash crunch that’s rattled bondholders.

Kweichow Moutai Group, owned by the government of Guizhou in southwest China, plans to give part of its 61.99% stake in iconic liquor giant Kweichow Moutai Co. Ltd. to a provincial government-backed investment vehicle, according to a Kweichow Moutai filing. The transfer of about 57 billion yuan ($8.1 billion) of the Shanghai-listed distiller’s equity is intended to address market concerns about Guizhou’s debt risks.

The 50.24 million shares in the transaction represent nearly 4% of Kweichow Moutai’s equity. The Guizhou-based distiller traded at 1,135.1 yuan a share at Thursday’s close, making it the most valuable mainland listing with a market capitalization of 1.43 trillion yuan. By comparison, Guizhou, with a population of 36 million people, had a 2018 gross domestic product (GDP) of 1.48 trillion yuan.

The Kweichow Moutai transaction may show how local Chinese governments could leverage their state-owned assets to address debt problems, one bond manager suggested. The manager said he expected other local authorities to follow Guizhou by adopting similar approaches.

Kweichow Moutai produces the strong alcoholic spirit known as China’s national liquor that is often served on official occasions and at state banquets. After the transaction, Moutai Group, wholly owned by the Guizhou state-owned asset regulator, will hold 58% of Kweichow Moutai.

At the end of 2018, the Guizhou provincial government had repayment obligations on nearly 885 billion yuan of outstanding debt, or 59.7% of the province’s GDP, according to Everbright Securities. The province is among a number of localities that have experienced rising corporate bond defaults this year.

Analysts at Tianfeng Securities said after the meeting that the market was still holding back despite official backing and was awaiting concrete measures that could provide new funding to improve the province’s capital condition.

Nonetheless, several bond investors said that while the stake transfer would bolster market confidence, it will take time to assess how it will affect trading of bonds linked to Guizhou.

“The impact of the stake transfer hasn’t shown on the secondary market,” one bond trader said.

Another bond market analyst said the transfer is more a symbolic move to show the provincial government’s capacity.

“Rather than using the Kweichow Moutai stake as collateral for fundraising, it is more likely (for the government) to use Guizhou State-Owned Capital Management as a main funding platform in the future,” the analyst said.