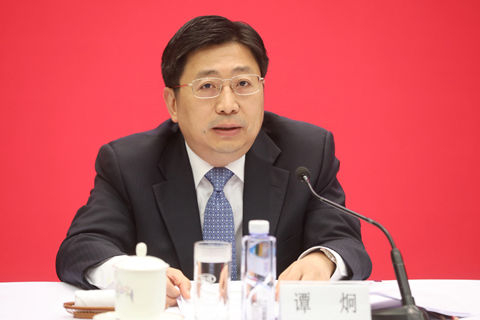 Another banking veteran was named to lead the finance sector of a Chinese province, reflecting Beijing’s persistent efforts to bring local governments’ financial risks under control.

Tan Jiong, a senior executive vice president of the Industrial and Commercial Bank of China Ltd. (ICBC), was appointed a vice governor of the southwest province of Guizhou, overseeing the finance sector, Caixin learned from people familiar with the matter.

Tan, 53, has worked in China’s banking sector for more than three decades, taking senior positions at state-owned ICBC and Bank of China (BOC). He is the latest among a number of top finance officials from national agencies or state-owned companies sent by Beijing to take key posts in local governments, which are under pressure to clean up huge debt overhangs to defuse financial risks after years of reckless borrowing.

China’s top leadership has listed risk control, especially in the finance sector, as a top policy priority since 2017, alongside poverty relief and fighting pollution.

Before joining ICBC, Tang worked 30 years at BOC, where he served in various positions. He headed the bank’s branches in Tibet, Yunnan and Guangdong.