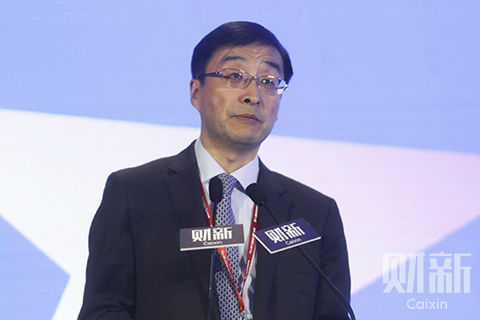 A veteran banker from one of China’s largest commercial lenders will be appointed to head the finance sector in East China’s Shandong province, the latest move by Beijing to take more direct control over local governments’ financial management practices.

Liu Qiang, a former vice president at Bank of China Ltd., is a member of the provincial party committee and was shown at several public events with top provincial officials, local media reported. On Thursday, Liu hosted a business event, where Gong Zheng, the governor of the province, and Gu Shu, president of the Industrial and Commercial Bank of China Ltd., signed an economic development deal.

Caixin has learned that Liu will be appointed as the vice governor of the province and will be responsible for the financial sector.

After graduating from China Agricultural University, Liu, 47, started his career at the Agricultural Bank of China, where he served many different positions throughout the organization, ranging from bureau chief of a smaller city office to deputy manager at the bank’s Beijing branch. He was appointed vice president at Bank of China Ltd. in November 2016

One of Liu’s tasks in his new job will be dealing with troubled Shandong-based Hengfeng Bank Co. Ltd., one of the country’s 12 national joint-stock commercial banks, whose two former chairs have stepped down and are under investigation amid allegations of embezzlement of the bank’s capital. Hengfeng Bank, which had 1.2 trillion yuan ($176 billion) in net assets as of the end of 2016, needs to urgently repair its flawed corporate management structure.

Liu’s arrival in Shangdong is the latest instance of Beijing sending top finance officials from national agencies or state-owned companies to take key posts in local governments, which have been required to reduce their massive off-balance-sheet debt accumulated after years of fiscal spending. Many cities and municipalities in Shandong have long had this problem. The Changqing district in the capital city of Jinan, for example, had nearly 5 billion yuan in “hidden debt” at the end of 2017, more than three times its 1.6 billion yuan in on-balance-sheet borrowings.

In a similar move, Li Yunze, who resigned as a vice president at Industrial and Commercial Bank of China Ltd., China’s biggest commercial lender by assets, was appointed earlier this week as the vice governor of Sichuan province in southwestern China.