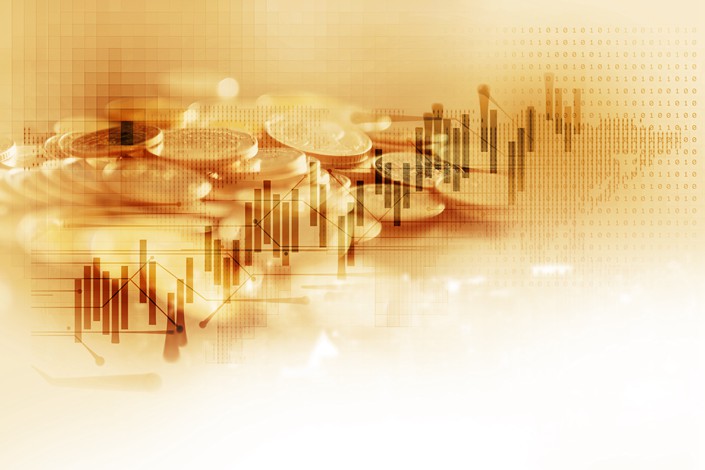 Many provincial-level governments have sped up the issuance of local government bonds since late last month. Photo: VCG

Some local authorities in China are aiming to significantly reduce off-balance-sheet debt within five to 10 years, as they heed Beijing’s call to get rid of their opaque liabilities.

Several local governments are planning to bring down by large margins their debts taken off the books within five to 10 years, according to official documents the authorities published over the past few months. The time frame is in line with the central government’s target listed in a circular issued recently by the ruling Communist Party and the State Council, China’s cabinet, to local authorities, Caixin has learned.

Meanwhile, many provinces have sped up the issuance of local government bonds since late last month, as they follow the State Council’s order (link in Chinese) to accelerate fundraising for infrastructure investment to support economic expansion amid increasing external headwinds linked to intensified trade frictions with the U.S.

A total of 22 provincial-level areas and cities sold local government bonds worth a combined 696.3 billion yuan ($101.3 billion) in the 25 days after the State Council meeting on July 23, according to Caixin’s calculations. The figure was nearly half of the 1.4 trillion yuan in total local government bonds issued across the country in the first six months of the year.

The Guangdong government sold 60.9 billion yuan of bonds on Thursday. That included a 34.2 billion yuan worth of special-purpose debt to raise funds for collecting land reserves in the Greater Bay Area, which encompasses the southern province plus Hong Kong and Macau, marking the highest value single bond it has ever offered. Separately, North China’s Inner Mongolia autonomous region has also released plans to issue a total of 52.5 billion yuan in bonds on Wednesday.

China’s central government started efforts to clean up local government borrowing back in 2013, after a monetary and fiscal stimulus launched in 2008 to cushion the country from the global financial crisis saddled the economy with one of the highest debt burdens in the world as a percentage of gross domestic product (GDP). No one knows the size of overall local government liabilities because cash-strapped authorities, who were in the past prohibited from issuing bonds to fund their spending, turned to a range of fundraising channels, including the establishment of financing vehicles, and kept the debts off their books.

A new Budget Law that took effect at the start of 2015 lifted a 20-year nationwide ban on local government bond issuance and made it the only legal way for local authorities to raise funds.

In figures rarely published by authorities, the documents released in recent months by the local governments about reducing their off-balance-sheet borrowings showed that the size of the debt was many times higher than that of their liabilities on the books. Often dubbed “hidden government debt,” the borrowings were mainly accumulated through spending in projects such as renovation of run-down urban residential areas, construction of low-income housing, and government payment in public-private partnership deals.

For example, Guyuan city in Northwest China’s Ningxia Hui autonomous region logged in 4.34 billion yuan in outstanding standard government debt by the end of last year. However, its off-balance-sheet liabilities were worth 15.35 billion yuan, according to the city’s plan for lowering government debt. The city government has set a target to cut off-balance-sheet debt by over 5 billion yuan by 2022 to bring down the ratio of those liabilities to its GDP to 44.69% from the 96.91% at the end of 2017. To achieve the goals, it will carry out auditing of the debts and repay some of them using fiscal revenues or proceeds from sales of land or government housing. For those classified by auditors as non-government liabilities, it will order the companies that own the projects to pay for them.

Huangnan Tibetan prefecture in the northwestern province of Qinghai had over 2.4 billion yuan in “hidden debt” at the end of June; more than triple the local government’s official borrowings of 672 million yuan (link in Chinese) at the end of last year. The prefecture government also aims to reduce a large part of hidden debt within five years.

The Changqing district in Jinan, East China’s Shandong province, had nearly 5 billion yuan in “hidden debt” at the end of 2017, compared with about 1.6 billion yuan in on-balance-sheet borrowings. The district government said it plans to repay the off-the-books liabilities in five to 10 years.

China’s top leaders have listed deleveraging the economy, an important part of which is to cut government debt, as one of their three priorities for the next three years. However, analysts have cautioned that the deleveraging campaign may take much longer than planned due to fine-tuning of policies to support economic growth in face of uncertainties surrounding the Sino-U.S. trade dispute.

“The deleveraging process will likely stretch beyond three years, and could even take up to seven years, depending on the objectives,” S&P Global said in a report published Monday. “Non-financial corporations will likely continue to reduce debt burdens by the greatest proportion, and the government may increase deficit spending to partially offset slower corporate spending.”