Ant Group’s IPO Will Be the Biggest Ever 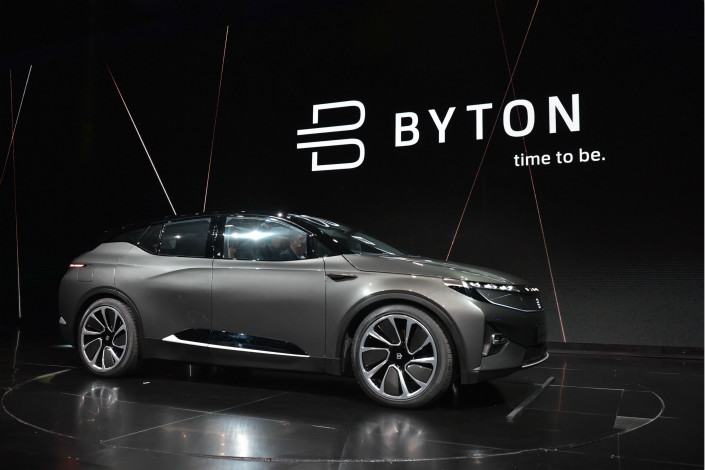 China’s electric-vehicle startup Byton has entered into a partnership with Marubeni, adding the Japanese conglomerate to the investor roster of its ongoing series C funding round, Byton said Monday in a statement.

The tie-up with Japan’s fifth-largest trading firm is seen as a shot in the arm for Byton, which like many of China’s young electric-car brands is desperate for fresh capital to finance growth following the withdrawal of government subsidies.

In the statement, the Nanjing-based automaker did not specify the amount it aims to raise in the funding round but said it has entered final negotiations with other investors including FAW Group and an industrial investment fund under the Nanjing municipal government.

Aside from funding, Byton also hopes Marubeni can help it explore new opportunities for the global production and sales of Byton-branded cars, according to the statement. Marubeni has long experience in across a number of sectors including auto sales.

Byton has begun trialing production of its first battery-powered vehicle, the M-Byte, at its Nanjing manufacturing base, with plans to deliver the car to consumers in China later this year before launching it in the European and North American markets in 2021.

Over the weekend, Byton unveiled a production version of its M-Byte in North America, saying the car’s price will start from $45,000.

In November, the state of California granted a distributor license to Byton, allowing the automaker to sell and service vehicles both through its own infrastructure and through retail partners in the country, paving the way for its plan to launch the M-Byte in the United States.