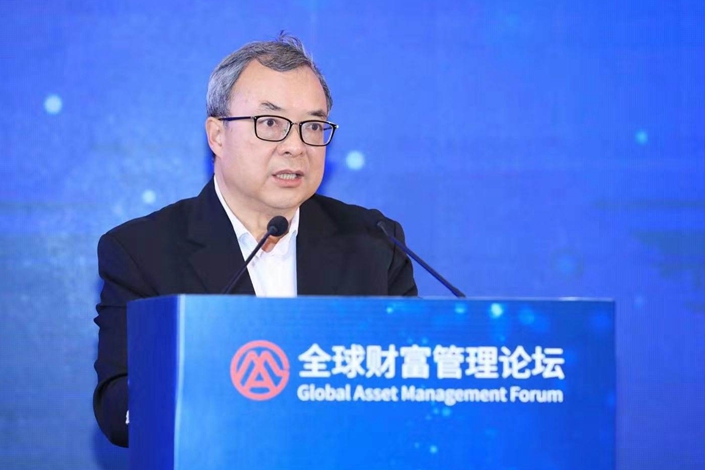 China’s social security fund had a stellar 2019, racking up a return on investment of 15.5%, the highest in 12 years, as it benefited from a recovery in the country’s stock and bond markets.

The figure was disclosed by Chen Wenhui, a vice chairman of the National Council for Social Security Fund (NCSSF), at a forum in Beijing on Saturday. The gain was almost double the average annual return of 8.15% earned since the fund was set up in 2000, and a stunning reversal of a 2.3% loss (link in Chinese) in 2018. The assets overseen by the council totaled 2.6 trillion yuan ($377 billion) at the end of 2019, Chen said, an increase of 18% over 2018 based on previously released data.

Chen didn’t elaborate on the returns, which he said exceeded 300 billion yuan, but he warned that the looming pensions shortfall will become one of the most pressing problems facing society. The country must plan ahead and take “effective measures” as soon as possible to avoid pensions becoming a "gray rhinoceros,” a term coined by author Michele Wucker to describe a highly probable, high-impact, yet neglected threat that occurs after a series of warnings and visible evidence.

China is potentially facing a pensions crisis, with a rapidly aging society and a falling workforce unable to support the growing numbers of elderly. In 2018, its old-age dependency ratio — the ratio of people 65 and older to people of working age — rose to 16.8%, meaning that every 100 people of working age will be needed to support around 17 retirees, according to data (link in Chinese) from the National Bureau of Statistics. The ratio has increased from 11.3% in 2008 and 15.9% in 2017.

To cope with the financial burden, the government set up the NCSSF in 2000 to manage and operate a reserve fund. The fund’s purpose is to supplement the state pension system which is administered by provincial-level governments. Top ups are made to local pension funds in years where their pension payments exceed the income they get from contributions by employees and companies.

In its early stages, most of the fund’s assets were provided by transfers from the central government, but over the past decade, an increasing proportion of its assets have come from equity in listed and unlisted state-owned enterprises (SOEs). Any SOE that lists on a stock market is supposed to hand over 10% of its shares to the fund.

In 2017 the central government released a policy (link in Chinese) requiring the transfer of 10% of state-held equity in large and medium-sized state-owned enterprises to the reserve fund, allowing the fund to benefit from capital gains as the shares rise in value and to earn income from dividend payments.

In April, Bank of Communications Co. Ltd., a state-owned lender, revealed that the fund was preparing to sell up to 1.49 billion shares, roughly 2% of the bank’s equity, a trade that could have netted it as much as 9 billion yuan and a 1 billion yuan profit.

The fund has so far received 800 billion yuan worth of shares from 55 SOEs and a further 330 billion yuan of equity from other state enterprises is in the process of being transferred, Chen said, confirming figures given in December by the State-owned Assets Supervision and Administration Commission, which oversees the country’s SOEs.

But Chen said that most of the shares handed over to the fund are in SOEs that are not publicly listed, which means they suffer from a lack of liquidity and low dividends, posing a challenge to the fund as seeks to boost returns and generate more income.

The investments the fund is allowed to make have also been gradually broadened in order to improve returns. Originally, it could only park its money in safe assets such as government bonds or bank savings but it is now able to invest in higher-risk assets such as listed and unlisted stocks, overseas stocks and bonds, and asset-backed securities.

A previous version of this story incorrectly referred to pension funds as social security funds.