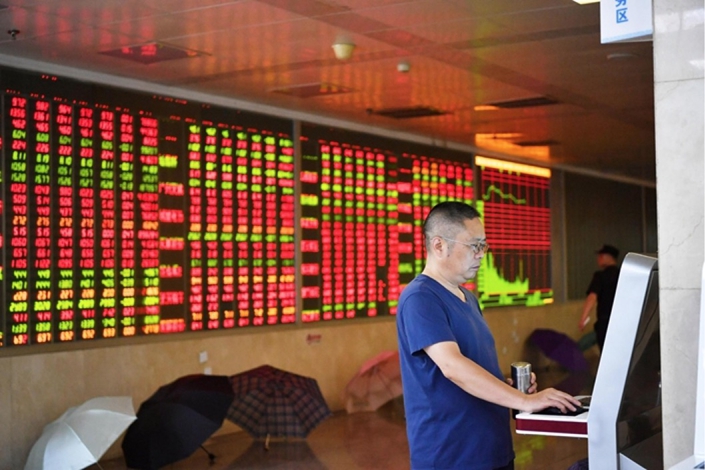 Dividends from SOEs are the national social security fund’s main source of funding.

China’s central government has transferred around 1.1 trillion yuan ($157.1 billion) worth of shares in state-owned enterprises (SOEs) to the national social security fund this year, as part of efforts to avoid a pension shortfall as the country ages.

An official from the top SOE watchdog — the State Council’s State-owned Assets Supervision and Administration Commission (SASAC) — announced the figure at a press conference this week, state-run Xinhua News Agency reported (link in Chinese). The asset transfers come as China looks to push forward a 2017 policy that called to transfer 10% of state-held equity in large and midsize SOEs — either controlled by the central or local governments — to the fund. The official said SASAC-administered SOEs have now fulfilled their equity transfer responsibilities.

Dividends from SOEs are the national social security fund’s main source of funding, and its operator is allowed to make investments to generate other income, the State Council, China’s cabinet, said in a 2017 document (link in Chinese). The main role of the fund is to plug potential pension shortfalls.

China’s population is aging, posing a looming threat of a pension shortfall. As of the end of 2018, local government-managed pension funds for urban workers had a balance of about 4.8 trillion yuan (link in Chinese). But a report by the Chinese Academy of Social Sciences, a government think tank, forecasts that the country’s pension system will run dry well before some of the generation born around 1980 retire in 2035, even taking government subsidies into account.

As Beijing has pledged to reduce companies’ pension contributions amid a slowing economy, the government needs to push ahead with the SOE equity transfer policy, according to a report delivered by Premier Li Keqiang in March.

In the first 11 months of this year, total net profits pocketed by state firms administered by the central government increased 9% year-on-year, on revenue that rose 5%, according to SASAC data (link in Chinese). The firms have resisted pressure from the economic slowdown and provided strong support for the domestic economy, SASAC said.

China’s economy is expected to grow at a slower pace this year, as the world’s second largest economy faces increasing downward pressure amid sluggish demand and uncertainties from a trade war with the U.S., economists say.