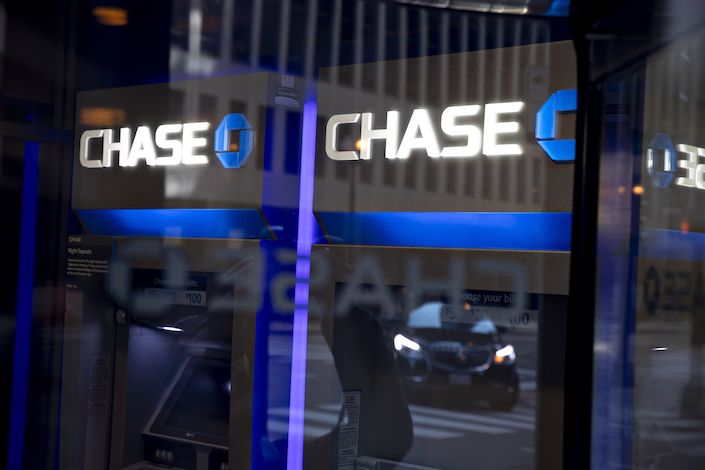 Signage is displayed outside a Chase bank branch in Chicago. Photo: Bloomberg

(Bloomberg) — JPMorgan Chase & Co. is seeking 100% ownership of its fund management joint venture in China, according to people familiar with the matter. The move follows efforts to take full control of another local unit as the country opens its financial market.

The New York-based bank’s asset management division is in talks with partner Shanghai International Trust Co. to acquire its 49% stake in China International Fund Management Co., which oversees 150 billion yuan ($22 billion) of assets, the people said, asking not to be identified as the discussions are private. The partners haven’t yet reached an agreement on a price, and the plan is subject to change, according to the people.

JPMorgan Asset Management last year agreed to pay at least 241.3 million yuan to Shanghai Trust in boosting its stake by 2 percentage points to 51%. That transaction is yet to be approved by regulators.

Global financial companies are rushing to capitalize on China’s opening of its $45 trillion financial market, with the likes of JPMorgan, Goldman Sachs Group Inc. and UBS Group AG adding staff and expanding their footprint in everything from futures and brokerages to asset management. Most foreign financial institutions have identified wealth management as a prime focus as Chinese households are sitting on about $13 trillion in investable assets.

Overseas investors will be able to apply for licenses to start wholly owned mutual fund management businesses in April, or buy out local funds. Goldman Sachs plans to apply for a license to run a fully owned asset management operation once the rules allow, a person familiar with the matter said. Nomura Holdings Inc.’s Chief Executive Officer Koji Nagai said last month its expertise catering to rich Japanese should give it an edge in managing wealth in a fast-greying China.

Regulators last month agreed to let Amundi SA become the first foreign company to control a wealth management venture. Europe’s largest fund manager will own 55% of a Shanghai-based company with Bank of China’s wealth-management arm holding the rest. BlackRock Inc. and Temasek Holdings Pte. are in discussions to start an asset-management business in China along with one of the country’s biggest banks.

China had 128 mutual fund management enterprises overseeing 14 trillion yuan of assets as of November, among which about a third are Sino-foreign joint ventures, according to the Asset Management Association of China.

JPMorgan Chief Executive Officer Jamie Dimon said his company is committed to bringing its “full force” to China. The bank earlier last year became the first U.S. bank to receive Chinese approval to take majority ownership of a securities joint venture. It is also seeking full control of its futures unit in China, raising its holding from a current 49% stake, people familiar with the matter said last month.