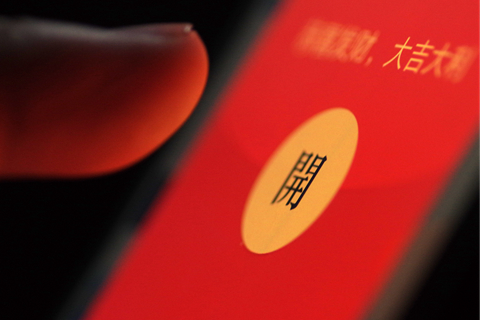 The Chinese New Year has long been a battlefield for internet based companies to try and lure customers away from their rivals’ services using different promotions, including through direct cash payments.

According to Caixin’s calculations, this year, companies have pledged to give away nearly 15 billion yuan ($2.2 billion), mainly in the form of digital “hongbao”. Hongbao are traditional "red envelopes" containing money exchanged between friends and relatives. Digital versions, akin to wire transfers have developed in the era of smartphone apps.

Many companies began to offer digital hongbao long before the start of the week-long holiday, also known as Spring Festival, which kicks off Friday.