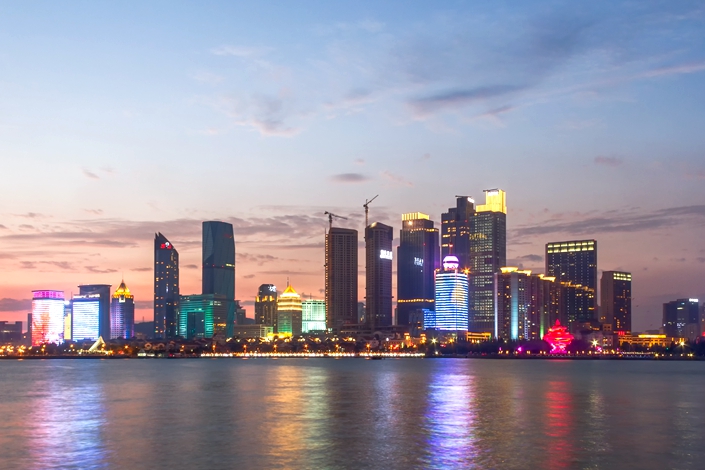 Nearly half of the 31 provincial-level governments on the Chinese mainland have revised down their 2018 gross domestic product (GDP), as a result of the latest economic census amid a central crackdown on statistics fraud.

All of these local governments had announced economic census results as of Wednesday, and 14 reported smaller GDP amounts for 2018 than originally estimated, according to Caixin calculations based on official statements.

Most of the governments who lowered their GDP figures are located in northern China, some of which have been hit heavily by a recent economic slowdown amid sluggish domestic and global demand as well as structural economic changes. Some of their revisions are due to Beijing’s crackdown (link in Chinese) on local governments falsifying data to exaggerate their economic performance, as well as corrections of statistical errors, according to the statements.

The municipality of Tianjin and provinces of Jilin and Heilongjiang made the biggest downward revisions in percentage terms, adjusting their 2018 GDP amounts down by 29% (link in Chinese), 25.3% (link in Chinese) and 21.5% respectively. Jilin and Heilongjiang, plus Liaoning which lowered its 2018 GDP by 7.1%, are all located in China’s northeastern rustbelt and are still suffering from labor outflow and sluggish performance in traditional economic cornerstones like agriculture and heavy industry. Jilin, Heilongjiang and Liaoning saw GDP growth of 3%, 4.2% and 5.5% respectively last year, all falling behind national growth of 6.1%.

The Heilongjiang provincial statistics bureau said in a statement that the reasons for its revisions included an updated methodology, a tightened crackdown on statistical fraud and slowing activity in energy, manufacturing and traditional commerce.

A total of 17 provincial-level governments revised their 2018 GDP upwards. The 2018 economy of Southwest China’s Yunnan province was 16.8% larger than originally estimated, according to a Monday statement (link in Chinese) from its statistics bureau.

In November, the National Bureau of Statistics (NBS) revised the national 2018 GDP figure up by 2.1% in the wake of the national economic census, the smallest of four upward adjustments made after censuses in 2004, 2008, 2013 and 2018. The revision may nonetheless help ease pressure on the government to stimulate the economy to ensure it achieves the target of doubling real GDP from 2010 levels by 2020.

China regularly adjusts its economic figures from previous years, with major revisions after each national economic census. The first census found the economy was 16.8% larger than originally estimated.

An NBS official said last year that China would not arbitrarily adjust economic data from previous years to make the growth target easier to hit. “I want to emphasize that GDP accounting is not influenced by other factors, only by principles of accounting methodology and changes in data sources,” Li Xiaochao, a deputy head of the NBS said in November.