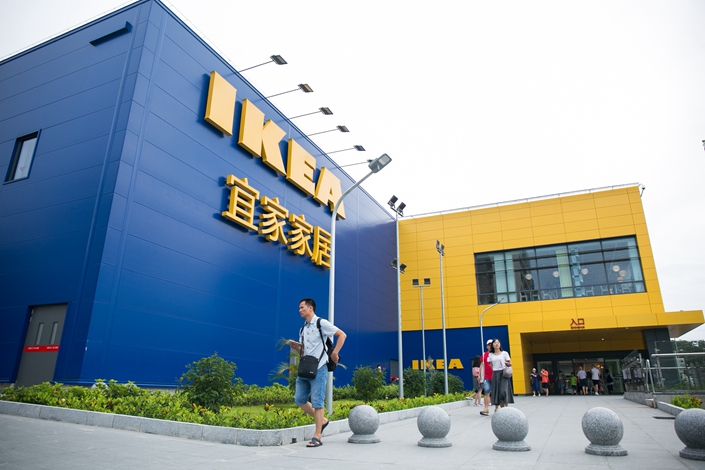 Furniture giant IKEA is temporarily shutting its China stores in response to the fast-spreading new coronavirus, the latest in a string of Western brands like Starbucks and McDonald’s that have made similar moves.

All of the Swedish furniture seller’s brick-and-mortar stores in mainland China will be closed starting Thursday for the safety of its customers and workers, after a partial suspension in the country since Sunday, according to a statement on its website. A reopening date wasn’t given, but its online store will operate as usual.

IKEA has 33 stores on the Chinese mainland, making the country its fourth largest market by store count after Germany, the United States and France.

The closure marks the latest by a major Western brand in China over the past few days, as the virus causes many local businesses to remain closed even after the end of the Lunar New Year holiday. The weeklong holiday was originally set to end with a return to work on Friday, but that has now been pushed back to next Monday as the virus that has sickened thousands wreaks havoc on Chinese businesses.

Global coffee giant Starbucks has temporarily closed more than half of its over 4,000 stores on the Chinese mainland since Tuesday and could adjust the operating hours for remaining ones, even as its revenue in the region jumped 13% year-on-year to $745 million in the fiscal quarter that ended Dec. 29. The market accounts for around 10% of the company’s total revenue, its latest quarterly report showed.

Fast-food chain McDonald’s responded to the outbreak by closing its roughly 300 restaurants in the Wuhan area. And high-tech giant Apple’s mass manufacturing base in China is at risk of disruption due to travel restrictions nationwide, which may prevent some employees from crossing provincial borders to get back to work after the Lunar New Year holiday.

In addition, Tesla has shut down its factory in Shanghai at the request of the Chinese government, which the company said would delay China-made Model 3 production for a week and a half.