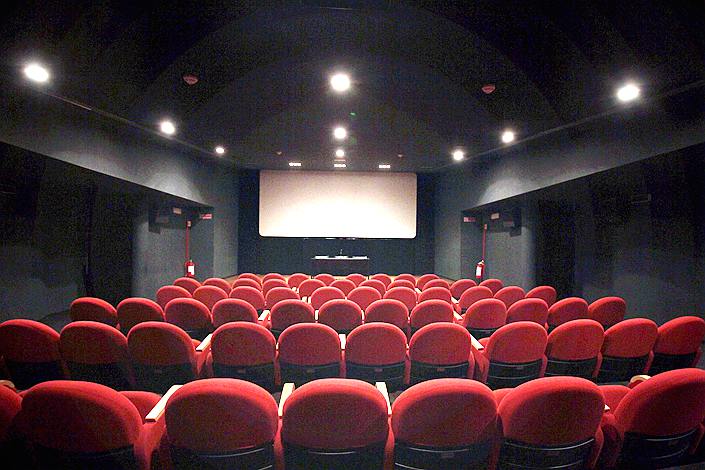 China’s film industry was already at a turning point, with growth slowing sharply after nearly a decade of breakneck expansion. Photo: IC Photo

China’s cinema operators look set to become the biggest casualty of the new coronavirus epidemic sweeping the country, with business dropping to virtually nothing after chains were forced to close to contain the outbreak.

The virus that has killed more than 600 and sickened more than 31,000 in China is having a huge impact on the nation’s economy, with analysts saying it could knock up to 2 percentage points off GDP growth in the first quarter. Sectors taking a beating range from tourism and catering, which have also virtually ground to a halt, to commodities trading, which is getting hammered as Chinese ports scale back operations or close to prevent the virus’ spread.

But cinema operators have seen the rug pulled from under them at one of their busiest times of year, the Chinese Lunar New Year, when watching films is a popular pastime during the weeklong holiday. During the peak period’s six biggest days last year, 141 theater operators in the China Film Association generated about 8% of their total box office revenue for the year.

But this year the figure will be practically nil, since most cinema operators have been closed since the holiday began. Two listed theater operators, China Film Co. Ltd. and Shanghai Film Co. Ltd., on Thursday issued announcements saying their first-quarter results will be affected by having to close their theaters. Shanghai Film said it stopped operations from Jan. 24, with no timetable for resumption of business.

The closures affected a number of big-budget films set for release during that time. At least one of those, “Lost in Russia,” was released online. That film was set to hit theaters on Jan. 25, the first day of the Lunar New Year, but instead was released on several online platforms owned by online media giant ByteDance the same day and was made free to viewers. Another film, the action comedy “Enter the Fat Dragon,” debuted on online video platforms Tencent Video and iQiyi Saturday, two weeks before its planned Feb. 14 premiere in theaters.

During the holiday, Zhao Jun, who heads the Shanghai cinema unit of Talent Television and Film Co. Ltd., called on other operators to support the government’s policies. “The movie market will be halted for a relatively long time, which will put pressure on cinema operators,” he said.

China’s film industry was already at a turning point, with growth slowing sharply after nearly a decade of breakneck expansion to become the world’s second largest box office after only the U.S. Total box office revenue grew just 5.4% last year to 64.3 billion yuan ($9.2 billion), well below the 9% growth in 2018 and double-digit gains seen in earlier years.

Cinema operators were already going through their own growing pains even before the broader film industry’s latest difficulties, after a building boom led to oversupply of screening venues. Industry data tracker EntGroup said 468 cinema locations halted operations between June 2018 and June 2019, more than twice as many as closed in all of 2017.