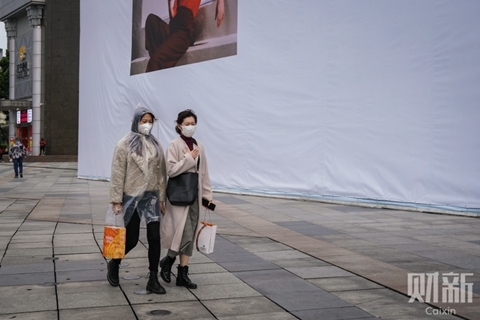 The disinfection of the Chinese seafood market believed to be the origin of the deadly coronavirus outbreak means it will be virtually impossible to trace the source of the pathogen, a renowned epidemiologist has said.

In an interview with Caixin in Beijing last Sunday, American epidemiologist and respected “virus hunter” Walter Ian Lipkin said conversations with experts who visited the South China Seafood Market in Wuhan, the city at the epicenter of the outbreak, led him to believe that the area’s subsequent decontamination had destroyed any remaining potential samples.

“There’s no way for anybody to do the research to figure out where (the virus) came from,” Lipkin said. “We don't have the information required to pinpoint it.”

Lipkin’s comments come as China continues to battle a rapidly spreading coronavirus epidemic that has so far killed at least 723 people and infected more than 34,000 worldwide.

The professor of epidemiology and director of the Center for Infection and Immunity at Columbia University’s Mailman School of Public Health has previously advised governments and the World Health Organization to help contain major disease outbreaks including SARS, MERS, Ebola, and West Nile virus.

“…this time is critical for the world, and (it’s important) that people come together and work together and care for one another. That’s why I’m here,” Lipkin said.

Many among the first group of patients were exposed to the virus at the market, which sold a number of wild animal varieties. Lipkin said the virus likely originated in a wild animal, citing the 2002-3 SARS epidemic, which was caused by a virus that originated in bats and spread to other species including civet cats before infecting humans.

The market was decontaminated shortly after local health authorities in Wuhan confirmed the outbreak in January. The move came before many researchers were able to collect sufficient environmental samples, complicating efforts to determine the virus’s potential intermediate hosts.

Last month, a paper published in the British medical journal The Lancet disputed the claim that the market was the source of the outbreak, citing the case of the first known coronavirus patient, who had no links to the market.

However, Lipkin said it’s hard to establish a link between the testimony of the first known patient and the potential origin of the virus, because there may be even earlier cases that went undetected.

Lipkin has now returned to the U.S., where he will continue to investigate the virus’s modes of transmission and model its potential future spread. His team is focusing on tests that can determine gene sequences in animal specimens that strongly resemble those in the virus, he added.

Lipkin said his team is yet to develop a vaccine or other medication for the virus. But any potential vaccine would have to be carefully tested, preventing any kind of rapid rollout, he added.

Although the virus’s fatality rate is likely lower than SARS, it will probably have a larger economic impact, Lipkin said.

“I don’t think the situation is going to end (soon). …Some people said on Feb. 6 that it was (virtually) over,” he said. “But I think that as we get into the warmer months, we will see less disease.”

Read more about Caixin’s coverage of the coronavirus epidemic.

He Xin contributed to this report.