By Zhou Meilin and Han Wei 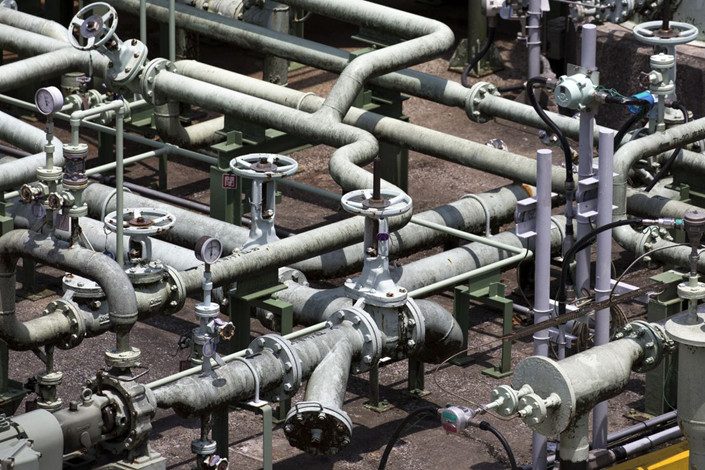 The spot price of LNG fell to $2.76 per million British thermal units (mmBtu) Wednesday, a 62% drop from the same time a year ago, according to commodity market information provider JLC. The price plunged 30% from late January when the epidemic started spreading beyond its epicenter in central China’s Wuhan.

As business has been disrupted by the outbreak, analysts have cut their estimates for China’s LNG demand this year. Global energy consultancy Wood Mackenzie said China’s natural gas demand could drop between 6 billion cubic meters and 14 billion cubic meters this year, depending on how long before the coronavirus outbreak can be contained. The country’s annual growth for gas demand may drop 4%-6% compared with that of 2019.

China has yet to release official statistics for 2019 natural gas consumption, but it is expected to have expanded by nearly 10% to more than 300 billion cubic meters, according to the country’s largest energy producer, China National Petroleum Corp.

By the end of the first week of February, China’s gas demand fell by 2 billion cubic meters, mainly driven by the industrial sector, according to Mackenzie.

China imports nearly half of its gas demand. In 2019, the country imported 96.6 million tons of gas, including LNG and pipeline gas.

Sun Xuelian, natural gas industry analyst at JLC, said the LNG price usually rebounds after the Lunar New Year holidays, which often take place in February. But the coronavirus outbreak has led to extended holidays nationwide, dampening the price recovery. Businesses have started to resume operations this week, but many companies have decided to remain closed awhile longer to monitor the virus situation.

Weakening demand from China is also putting pressure on the global natural gas market. The U.S. Energy Information Administration (EIA) warned Tuesday in a report that downward pressure on gas prices in the U.S. partly reflects warm weather. EIA said it expects U.S. spot gas prices to remain below $2.00 per mmBtu this month and next. In January, the Henry Hub natural gas spot price averaged $2.02 per mmBtu.

Weakened demand and oversupply will force LNG suppliers to adjust their business strategy in some markets such as Egypt and Eastern Australia, according to Mackenzie.

“The coronavirus outbreak and its impact on Chinese gas demand could not have come at a worse time for the already oversupplied global LNG market,” said Mackenzie research director Robert Sims.