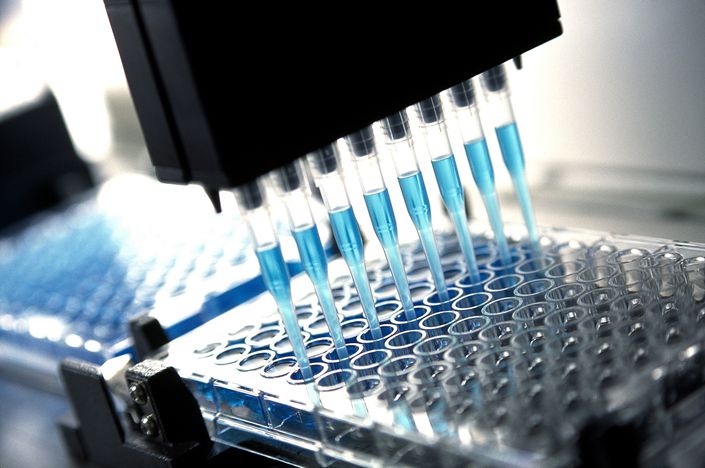 There have been bold claims about finding a vaccine for the coronavirus, but many researchers harbor doubts about these timelines because assuring a vaccine’s safety and effectiveness cannot be rushed. Photo: VCG

As the coronavirus that causes Covid-19 continues to ravage Hubei and cause global alarm, many have pinned their hopes on a vaccine — one of the most effective disease-fighting tools.

Mass inoculations would mean there was no need to rely on quarantine and containment, as they would protect people from the virus before they were exposed.

There have been bold claims of imminent animal tests, human trials in 16 weeks and commercialization within a year. But many researchers harbor doubts about these timelines, as assuring a vaccine’s safety and effectiveness cannot be rushed.

Scientists in China and internationally have heeded calls to accelerate vaccine research. One by one, universities, research institutes and a handful of biotech companies have announced they’re working on vaccines, some to more fanfare than others.

There are many different approaches and strategies. Most will fail. But with this particular epidemic, interest has grown in so-called vaccine “platforms,” a relatively recent innovation which some say can supercharge their development.

“A lot of (research) groups have ‘platforms’ — they’ve done this for other diseases, and they sort of just slip in the gene for this virus, as opposed to whatever they were working on before,” explained Allen Cheng, a leading infectious disease specialist and epidemiologist who has advised Australian policymakers on their response to the disease.

That’s how flu vaccines are adjusted each year to battle emerging strains, Cheng says, with shots that once took many years to develop and test now changing with the seasons.

At the heart of the vaccination effort is the Coalition for Epidemic Preparedness Innovation (CEPI), a Norway-based public-private partnership launched at Davos in 2017 to respond to just this kind of crisis. CEPI was established to support promising vaccine technologies that could work on an existing virus, such as SARS, and then be rapidly adapted to a new infection like the virus that causes Covid-19 (officially named SARS-nCoV-2). The approach emerged after the 2014 Ebola crisis in West Africa, which killed more than 11,000 people.

Supported by the likes of the Bill & Melinda Gates Foundation, it has around $750 million in funding, with $450 million set aside for “platform” technologies.

But vaccine development is not simple, and plenty can go wrong, Cheng says. With so much funding up for grabs from governments and research groups around the world, he’s concerned some of the claims he’s been hearing could be providing false hope.

To inoculate someone against a disease you give them a piece of it. Maybe part of its genetic code, or one of its proteins. These trick the body into producing antibodies that fight it, and those antibodies protect them if they’re exposed to the real disease.

“In order for a vaccine to be effective, you have to make the right kind of antibodies, because some work and some don’t, and you have to know which part of the virus to give an individual to make them,” explained Australian infectious diseases expert professor Sharon Lewin.

“The most common approach is to take one of the virus proteins that you know is important for antibody production, and put it on top of another virus, or administer it by itself. You can administer bits of the genetic code of the virus, the DNA or the RNA. All viruses are really different. You have to understand the sorts of antibodies that are important for protection, and that all takes a bit of time too.”

Lewin leads Melbourne’s Peter Doherty Institute, the first team in the world outside of China to grow SARS-nCoV-2 in the lab. They did this by taking a sample from Australia’s first patient, who was diagnosed in Melbourne on Jan. 25, and growing it on some human cells.

Lewin said her team needed to grow the virus because while Chinese authorities were quick to sequence and share its genetic information, they did not share live samples for testing. She said her group would share the virus with any team capable of safely studying it, “knowing that it would have a big impact on the public health response.”

The Peter Doherty Institute is slowly working through hundreds of requests. They have already shared the virus with the CSIRO, an Australian government science agency, which is also working with CEPI, and has offered the use of an animal testing facility to develop a vaccine.

Moderna’s approach is to convert viral sequences into messenger RNA (mRNA). It is working with the National Institutes of Health, which said it could begin human trials as early as April. Inovio Pharmaceuticals is trying a DNA approach, and according to the company’s website, it has inked a deal with Advaccine Biotechnology Co. Ltd. to launch human trials in China at some point. The University of Queensland’s platform is a proprietary “molecular clamp” technology, which builds vaccines from virus proteins produced in cell cultures, and can be developed using only a genetic sequence — without the need for live virus samples.

Meanwhile, GlaxoSmithKlein has pledged to offer CEPI groups the use of its adjuvants, a vaccine ingredient that creates a stronger immune response. On Jan. 31, CEPI expanded its project to support a technology company, CureVac, German mRNA specialist, in the hope of reaching human trials quickly.

In a statement on Feb. 3, after accepting a 20 million pound ($26 million) donation from the British government, CEPI head Richard Hatchett said the group hoped to get an experimental vaccine ready for clinical trials in 16 weeks. Such trials, which would help establish safety, would take around two to four months. “This is an extremely ambitious timeline — indeed, it would be unprecedented,” he said, adding that there could be no guarantee of success, and further challenges would follow before any vaccine was ready for market.

Professor Paul Young, who heads the University of Queensland’s School of Chemistry and Molecular Biosciences, said his team was on track to complete pre-clinical testing within four to five months of receiving the Covid-19 genome sequence in January. “At that time we will enter the first of the clinical trials. The timing from that date is difficult to guarantee as we are all in unknown territory with regards the unprecedented acceleration of a vaccine program,” he said.

The vaccine will need to pass at least two rounds of clinical trials, begin larger scale manufacturing and satisfy Australia’s regulatory authorities, he said. “Best guess is between 12-18 months before we see a vaccine release into the wider population.”

Various institutes in China and internationally have already announced they are in the animal testing phase for coronavirus vaccines. On Jan. 26, Xu Wenbo, who heads the Virus Research Institute of the Chinese Center of Disease Control and Prevention, said the center had begun its own R&D research on a vaccine, having successfully isolated the virus. The China CDC has said no more on this, though there were media reports that it was working on an mRNA vaccine with Shanghai Tongji University’s medical school and Siwei Biotechnology Co. Ltd. Caixin has confirmed that mRNA vaccine began mouse trials on Feb. 9.

A host of Chinese biotech companies are throwing resources at the problem. According to a statement from the China Association for Vaccines, 17 members of the peak body were doing coronavirus work, including Hualan Biological Engineering Inc. and Chongqing Zhifei Biological Products Co. Ltd. Caixin has found many of the companies listed had made official announcements about such work, which is mostly in the early stage. Kangtai Cactus is working on a DNA vaccine.

But even rapid development can only bring a potential vaccine up to the human trial phase, says Lewin. Checking its safety and effectiveness can’t be rushed, and that’s where things often fall over. “It’s hard to say when you’ll have it in the field, because everything’s got to go right,” she said.

“SARS, MERS, people have been working on a common cold vaccine for a while. It’s not like the flu, where we know exactly what will work. We don’t know what is the best immune strategy is to make a vaccine for coronaviruses, and we haven’t done it before.”

“We could get lucky,” he says, given how many groups are working on it and trying different approaches. “But I’m not that optimistic that we’ll get one soon. Two years I think would be pretty good going.”

That’s even longer than the World Health Organization estimate of 18 months, which Cheng called “ambitious.”

“You have to make sure it doesn’t cause cancer,” he said.

Cheng pointed to the disastrous rollout of a dengue fever vaccine in 2016 by French drug company Sanofi Pasteur in the Philippines, later suspended after the company said it could worsen the disease in people who had already had dengue. Questions were raised over hundreds of deaths among children who had taken the vaccine.

Cheng was concerned that the promise of funding flying around had created a perverse incentive for researchers to “hype” the prospects — and potential timelines — of vaccine development.

“This is an area that’s not had an enormous amount of funding in the past, and having money going into this at a time like this is good. But there’s a downside, in terms of raising expectations. I think people are setting expectations a bit high.”

He said it would take more than money to produce a successful vaccine.

“Money does help a lot, and it is important at a time like this, but it can’t do everything.”