Leading Chipmaker Ramps Up Next-Generation Production as Investors Buy In

By Yang Ge and Qu Hui 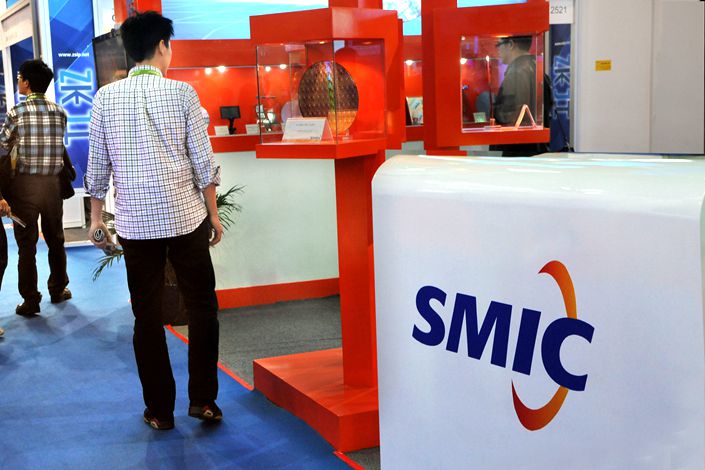 SMIC said it derived about two-thirds of its revenue from China in the fourth quarter, up 21% from a year earlier. Photo: VCG

Shares of leading Chinese mainland microchip-maker SMIC fell 6.6% on Friday, taking a breather from a rally that has seen them nearly double over the last six months on hopes it will benefit from China’s drive to become more technologically self-reliant in the face of U.S. sanctions.

The stock pullback also came after Semiconductor Manufacturing International Corp. (SMIC) reported quarterly results that were relatively upbeat, including modest revenue gains and word that it was ramping up production for chips made with its own newly developed 14 nm technology.

The company said it began large scale production of 14 nm technology chips in last year’s fourth quarter, as analysts forecast such chips could start to make a significant contribution this year. Despite the technological advance, SMIC chips are still at least two generations behind those of global leaders like Taiwan’s TSMC and South Korea’s Samsung.

SMIC, which manufactures chips for other companies, could benefit in the months ahead as it wins business from more mainland firms like Huawei, which are looking for mainland-based partners as a hedge against potential future U.S. sanctions. Huawei has traditionally used TSMC to make its chips, but has added SMIC to its list of potential suppliers following uncertainties created by U.S. efforts to limit mainland companies’ access to cutting-edge technologies.

SMIC reported that chips made with 14 nm technology brought in a modest 1% of its $839 million in fourth-quarter revenue, according to its latest quarterly report. The total revenue figure was up 2.8% from the previous quarter, and SMIC forecast its first-quarter revenue would be flat to up 2% compared with the fourth quarter. It also forecast its gross margin would come down to between 21% and 23% in the first quarter, compared with 23.8% in last year’s fourth quarter.

“In response to customers’ market demand, a new round of capital expenditure plans will be deployed, and capacity will gradually expand,” co-CEOs Zhao Haijun and Liang Mong Song said in a statement with the results. “In terms of business strategy, we will continue to expand mature process offerings and maintain our leadership in certain segments.”

“This output isn’t that big, but it shows that this production line has reached mass production capability, and its yield has reached standards for delivery,” Sheng said. He forecast the line would reach maturity in the next three to six months and be capable of large-scale production by then. The company plans to ultimately operate two 14 nm production lines with monthly capacity of 35,000 wafers.

Bets that SMIC could benefit from China’s efforts to become more self-reliant in high-tech areas like chip manufacturing have helped the company’s shares roughly double over the last six months. The company said it derived about two-thirds of its revenue from China in the fourth quarter, up 21% from a year earlier.

At the same time, SMIC could also fall victim to the same U.S. efforts behind the current investor optimism about the company. Last month, Reuters reported the U.S. had lobbied heavily to stop the sale of cutting-edge chipmaking equipment to an unspecified Chinese buyer by Dutch firm ASML, one of the world’s most advanced makers of such equipment. The report didn’t name a specific buyer whose sales may have been affected, but SMIC is one of ASML’s customers.

Sheng said the potential for future disruptions to SMIC due to U.S. actions is a real risk for the company going forward. But he added the U.S. actions were aimed mostly at ASML’s most cutting-edge products, which are not a current focus of SMIC.