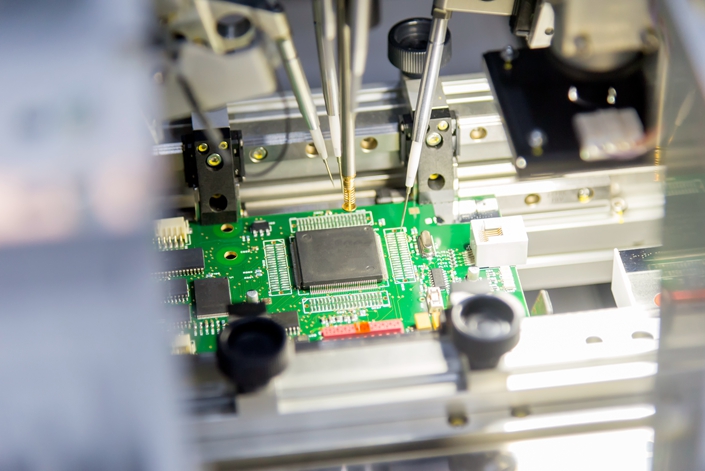 Beijing’s top diplomat to the Netherlands calls on country to allow the sale of cutting-edge equipment to China.

China’s ambassador to the Netherlands said he hoped the stalled sale of a Dutch firm’s cutting-edge chipmaking machinery to a Chinese buyer wasn’t due to political reasons, following a report that Washington aggressively lobbied Amsterdam to halt the transaction.

The story marks the latest chapter in an aggressive Washington campaign to keep advanced technology out of Chinese hands, aimed at thwarting Beijing’s efforts to build up a new generation of homegrown high-tech firms. China has responded by saying such efforts represent the politicization of commercial activity, and has said countries that tow the U.S. line could risk harming their relationships with China.

Chinese ambassador Xu Hong made similar remarks in an interview with Het Financieele Dagblad, one of the country’s leading financial publications, which was published (link in Chinese) on the embassy’s website on Thursday. His comments followed a Reuters report earlier in month saying the U.S. had lobbied heavily to stop the sale of cutting-edge chipmaking equipment to an unspecified Chinese buyer by Dutch firm ASML, one of the world’s most advanced makers of such equipment.

Reuters said the U.S. launched its campaign in 2018 after hearing about the sale.

In the interview, Xu expressed his hope that the Netherlands didn’t refuse to export the machinery to China for political reasons or because of foreign pressure. He said he hoped the country could tune out such interference and make decisions based on what would most benefit Sino-Dutch relations.

The machinery in question involves a process called extreme ultraviolet lithography used to etch millions of tiny circuits onto silicon chips that power most electronic devices. ASML is one of the world’s leading makers of such machinery, and its most cutting-edge products can cost more than $100 million.

“The decision on whether to let ASML export lithography machinery to China isn’t a simple question of technology,” Xu said. “It involves the Dutch government’s future policy orientation, and we’re watching this point very closely.”

Xu said he had heard reports of U.S. pressure related to the stalled deal since the end of 2019 and made queries on the subject to the Dutch government. He said the Dutch government told him it hadn’t made a final decision yet, and added his own view that in today’s interconnected world the rupture of any links in such cross-border supply chains could have a snowball effect.

“ASML’s technology is very advanced, among the world’s best,” he said. “But any product and technology can’t be separated from market support. A loss of the China market would not only hurt its own welfare, but would also deprive it of an important platform for improving and developing its products.”

The Chinese mainland was ASML’s fourth-largest market in last year’s third quarter, accounting for 7% of the company’s product sales, according to the company’s latest report. Its largest market was Taiwan, accounting for 54% of sales, followed by U.S. at 26% and South Korea at 11%. ASML’s major Chinese mainland customers include Semiconductor Manufacturing International Corp. (SMIC), Yangtze Memory Technologies and Shanghai Huali Microelectronics.

The move is just the latest in an ongoing effort by the U.S. to keep cutting-edge technology out of Chinese hands. The U.S. has also banned a number of leading Chinese high-tech companies from doing business with American-based suppliers, dealing a blow to names like telecom equipment giant Huawei and surveillance-equipment maker Hikvision.