By Niu Mujiangqu and Isabelle Li 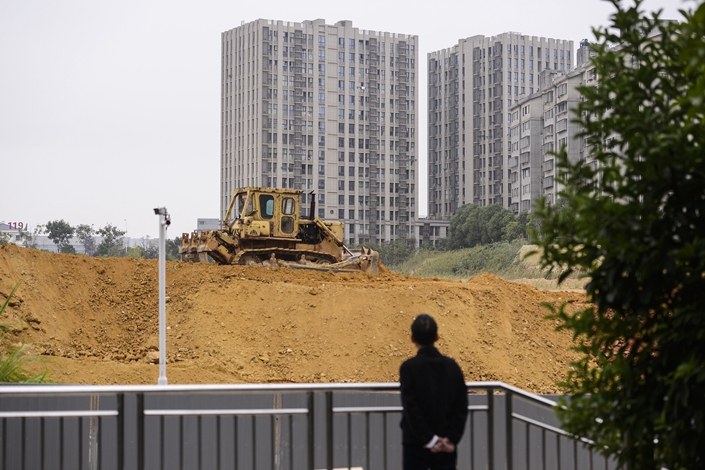 In the most recent of Beijing’s auctions, which took place Tuesday, three parcels of land sold for a combined 8.7 billion yuan. Photo: IC Photo

Since the end of the Lunar New Year holiday, real estate developers shelled out a total of 36.4 billion yuan ($5.2 billion) in three Beijing land auctions that had been delayed due to the coronavirus outbreak, according to Caixin’s calculation based on local government disclosures.

The proceeds from the auctions, which were the highest of any city in China this month, indicate that the capital’s property market remains robust despite the damage that the outbreak has done to the country’s economy.

The final sale prices of the parcels in the three auctions was on average 24.96% higher than they were when bidding began. By comparison the same figure was 9.3% on average in 2019, according to data from property consultancy Centaline Group.

The ongoing battle against the epidemic will have very limited impact on companies with sufficient cash flow, said Zhang Dawei, Centaline chief analyst.

However, cash-strapped developers may take a beating during the outbreak. Property giant China Evergrande Group showed signs that it needed cash on Tuesday when it began offering deep discounts on apartments nationwide. Meanwhile, in a recent report, credit ratings agency Fitch Ratings identified seven Chinese corporations at high risk of refinancing debt. Six of the companies are in the homebuilding sector.

In the most recent of Beijing’s auctions, which took place Tuesday, three parcels of land sold for a combined 8.7 billion yuan. Two are in Daxing district and one is in Tongzhou district. The 27,500-square-meter parcel in Tongzhou fetched 1.35 billion yuan, 49.8% above where bidding started. That price increase over the course of the auction, known as the premium rate, marked a two-year high.

State-owned developer Greentown China Holdings Ltd. won the auction after outbidding 17 other developers. Though the premium rate was high, Greentown got a pretty good deal on the parcel considering how high home prices are in the area, Centaline’s Zhang said in his analysis. The parcel was highly sought-after because the opening-bid price was relatively low.

Greentown also bought another piece of land in Daxing for 6.7 billion yuan at Tuesday’s auction. The parcel was three times the size of the one in Tongzhou.