By Gao Yu and Timmy Shen 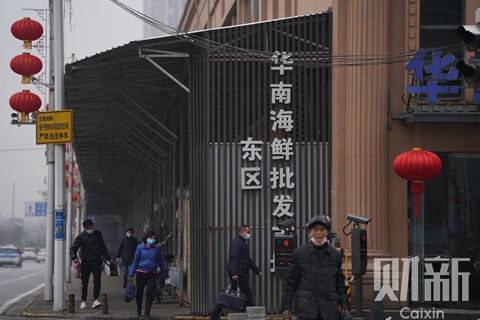 Thousands of Covid-19 cases may have gone undiagnosed in the early stages of the epidemic because of an overemphasis on patients’ contacts with the South China Seafood Market in Wuhan, according to doctors fighting the deadly coronavirus outbreak.

Relying too much on personal history involving the market associated with the pathogen’s origins would exclude the possibility of human-to-human transmission, public health experts said.

“I don’t quite understand why the Wuhan Municipal Health Commission included the contact history related to the seafood market as a necessary condition in the criteria,” said one doctor from a Hubei provincial hospital. A parallel version of diagnostic criteria compiled by experts from the provincial and national health authorities placed less emphasis on that element. “If that case definition was strictly followed, there would not be that many missed diagnoses,” the doctor said.

Government officials and health experts are continuing to debate and revise how to diagnose the Covid-19 virus. China's top health authority Wednesday issued a sixth edition of the diagnostic criteria, reversing a change in the fifth edition released last week that allowed cases in Hubei to be diagnosed clinically, such as via chest X-rays.

The National Health Commission said Jan. 9 that the pathogen causing serious cases of pneumonia in Wuhan was a novel coronavirus and confirmed the virus’s genome sequence. Before that, clinical diagnosis could be made only through epidemiological history and clinical manifestations. Caixin obtained two sets of diagnostic guidance that were issued before the Jan. 9 NHC announcement.

The first set assembled by expert teams from Hubei and the NHC provided a case definition including fever, radiology imaging indicating features of pneumonia, normal or decreasing white blood cell count or decreasing lymphocyte count in the early stage of the disease, and no obvious improvement in condition after standard antimicrobial treatment for three days.

Patients with a history of contact with the seafood market needed only to meet the first three criteria – fever, pneumonia imaging and white blood cell or lymphocyte counts – to be classified as cases of “pneumonia caused by unclear reasons.”

However, the second set of diagnostic criteria issued by the Wuhan Municipal Health Commission applied a stricter definition that was used in many hospitals in Wuhan. It categorized patients as cases of the pneumonia only when they had both a history of contact with the seafood market and clinical manifestations.

It was this set of criteria that Wuhan hospitals generally followed, according to Peng Zhiyong, the director of the intensive care unit at the Zhongnan Hospital of Wuhan University, in an earlier interview with Caixin. That didn’t change until the NHC issued a new diagnosis plan Jan. 15, Peng said.

The diagnosis criteria evolved as the epidemic progressed. On Feb. 13, the Hubei provincial health authority reported an increase of 14,840 new confirmed cases in one day, reflecting a revision to the diagnostic criteria under which patients’ conditions could be determined based on clinical symptoms rather than waiting for laboratory tests.

Under the previous criteria, a Covid-19 diagnosis had to be confirmed by a nucleic acid test performed on swabs from a patient’s respiratory tract or blood. Medical staff say the tests sometimes failed to diagnose people later found to have the disease.