By Liu Yanfei and Tang Ziyi 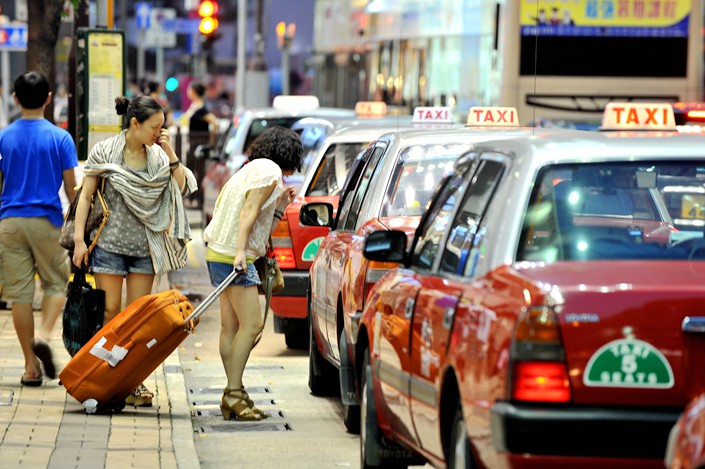 Two women talk with a taxi driver on the street in Hong Kong on June 28. Photo: IC Photo

Residents left Hong Kong last year in numbers not seen since 2012 as the protests put a dent in the city’s reputation as an attractive place to work and study.

The net outflow of Hong Kong residents reached 29,200 in 2019, according to data released Tuesday by the city’s Census and Statistics Department. The figure doesn’t include the inflow of holders of “one-way permits,” which some Chinese mainland residents hold before moving to the city.

Last year’s net outflow included both permanent and nonpermanent residents, the latter of which include students and professionals from overseas or the mainland, said Yip Siu Fai, a professor at the Department of Social Work and Social Administration at the University of Hong Kong.

The social unrest that broke out in mid-2019 disturbed people’s lives, Yip told Caixin, who gave examples of schools and transportation facilities that had to be temporarily shut down because of the protests.

There is evidence that the unrest fueled a spike in emigration last year. According to Swing Wong, a manager at Hong Kong-based Midland Immigration Consultancy Ltd., around 20 people inquired about emigrating in May, and the number of inquiries rose gradually in the following months. In the month of October, after the protests had flared up, about 400 people asked about officially leaving the city. These inquiries dropped to around 100 in both January and February.

In addition, fewer people tried to move to Hong Kong for work during the protests last year. In August, employment visa applications decreased 6.9% year-on-year, and applications from mainland talent and professionals in a special program fell 8.3% year-on-year, Caixin previously learned from the city’s immigration department.

Read more
In Depth: Why Hong Kong Faces a Recession

Based on what Yip has seen, some students who had once planned to make Hong Kong their home have instead decided to return to the mainland because they are concerned the city isn’t safe, he said.

The protests have made it harder for Hong Kong to attract and retain talent, Yip said, which will hurt the city’s development.