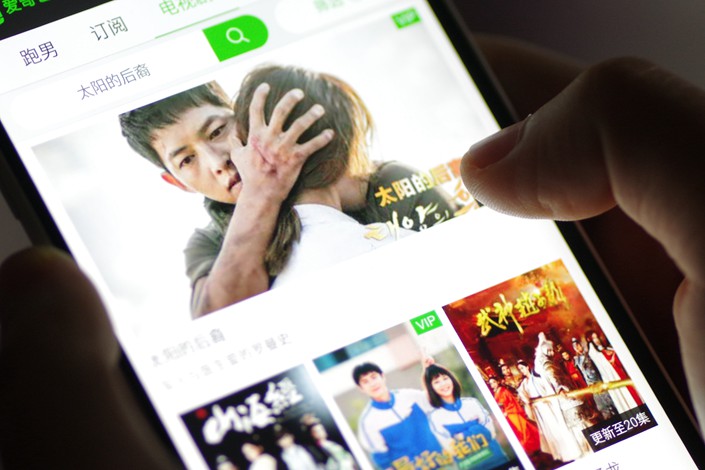 Many of China’s cinemas closed down during what should have been one of their busiest periods during the Lunar New Year holiday. Photo: IC Photo

Government agencies in Beijing and Jiangsu province have rolled out new measures to support their local film industries, which are shaping up as one of the biggest casualties during the Covid-19 outbreak with the shuttering of theaters and production studios.

At the same time, China’s central broadcasting regulator issued a notice aimed at improving the quality of TV and internet series, touching on the older, ongoing theme of focusing on quality over quantity.

Beijing and Jiangsu join a growing list of regional governments trying to assist local film industries that are taking an especially heavy hit due to the closure of mass gathering venues like stadiums and movie theaters to prevent spread of the virus. To date the virus has infected more than 70,000 in China and killed more than 2,000, leading many such venues to remain shut under government orders or simply for lack of business because many people are staying home.

The Beijing and Jiangsu actions take different approaches, the former targeting regulation while the latter aims at financial assistance. Both proposals were announced on Wednesday, nearly a month after many of China’s cinemas closed down during what should have been one of their busiest periods during the Lunar New Year holiday.

Read more
In Depth: China’s Services Sector Pulls Out All the Stops to Survive the Coronavirus

Beijing’s culture reform and development leading group issued a new policy saying its local broadcasting regulator would expedite its approval process for new productions, aiming to cut down times by about half. It said local regulators would aim to complete their review process in 15 working days for online series, movies and cartoons, and times would be reduced to an even quicker two or three days for more specialized productions such as online documentaries.

Filmed productions in China require regulatory approval under the nation’s strict rules that ban content deemed politically sensitive or unwholesome. A typical online series would normally take more than 20 work days to get necessary approvals, and the time would be even greater if changes were required, which frequently occurs, an industry source told Caixin. He added that even after approval was granted by the local broadcasting authority, projects must still get approval from the central authority.

The Beijing plan would also see early activation of a fund for supporting films and news programs, and it would increase special subsidies for those groups. Local productions whose planned distribution during the Lunar New Year was delayed due to the virus would also be eligible for special subsidies.

Meantime, several authorities in Jiangsu issued a similar notice with relief measures that included deferral of tax payments and provisions that allowed for affected production companies to apply for hardship relief. It also included provision for a provincial-level 10 million yuan ($1.4 million) fund to be used to assist film industry companies in financial need.

While the local relief movement was gaining momentum, China’s central film regulator, the National Radio and Television Administration, indicated separately it would forge ahead with its earlier campaigns to focus on quality over quantity and to limit actor salaries as part of a production’s overall budget.

The administration stated that TV and online series should not exceed 40 episodes, and encouraged producers to limit them to 30 episodes or less. The policy was given in a notice meant to take effect on Feb. 6, and publicly disclosed on Thursday.

The administration has sent out similar notices in the last two years in its effort to curb the phenomenon of series “inflation” that dilutes quality in favor of creating more episodes. In the current environment it’s not uncommon to see series with as many as 70 to 80 episodes, since series are often sold to TV stations and online broadcasters based on their number of episodes.

“The series limit is mainly to prevent ‘inflation,’ improve the overall level of broadcast series, for different themes and content. Limits on the number of episodes won’t come all at once,” said an industry analyst who has worked before with platforms including iQiyi and Youku.

The notice also touched on the topic of actor salaries, repeating previous guidance that such salaries cannot exceed 40% of a production’s budget, and top stars can receive no more than 70% of money allocated to actor salaries.