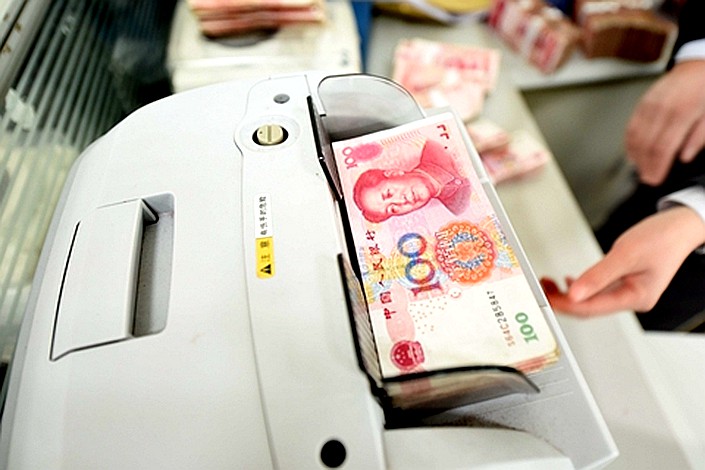 The central bank has been injecting liquidity to financial markets and working to drag down borrowing costs for firms. Photo: VCG

China will allow more commercial banks to reduce the amount of cash they must hold in reserve, and let lenders issue bonds to expand credit for small businesses, in response to cash crunches resulting from the coronavirus outbreak, a central bank official said Monday.

The People’s Bank of China (PBOC) will provide targeted reserve requirement ratio (RRR) cuts for more banks who meet certain criteria during its annual adjustments to the policy, said Chen Yulu, a PBOC deputy governor, at a briefing (link in Chinese).

Since 2018, the PBOC has used targeted RRR cuts (link in Chinese) to encourage “inclusive finance” loans in an effort to channel more money to small businesses, agriculture, startups and impoverished people. The PBOC currently allows a bank’s RRR to be 0.5 or 1.5 percentage points lower than the usual standards if it meets certain requirements for these loans.

Draconian travel restrictions and other measures to contain the new virus have bogged down the economy. Some businesses have found themselves plunged into liquidity crises and some even risk bankruptcy if work stoppages continue, according to multiple surveys.

In response, the central bank has been injecting liquidity to financial markets and working to drag down borrowing costs for firms. Earlier this month, the reference interest rates for pricing loans dipped after the PBOC slashed the rate of its loans to commercial banks through the one-year medium-term lending facility by 10 basis points. The PBOC has also set aside 300 billion yuan of low-cost loans to commercial banks helping fund companies actively engaged in the fight against the virus, such as producers of medical supplies and daily necessities. Liu Guoqiang, another PBOC deputy governor, said (link in Chinese) during a recent interview that taking into account fiscal subsidies, the average financing cost enterprises bear for related special loans is 1.3%.

Liu said the central bank is also mulling instructing banks to roll over loans for companies in regions heavily affected by the virus. Those who miss repayment due to the epidemic would not be penalized, he said.

Chen added that the PBOC will ensure banks are able to fund small businesses by providing low-cost funds through a variety of monetary tools including targeted RRR cuts, and allow banks to issue more special-purpose bonds to raise money for lending to small and midsize businesses.

Economists from Nomura International (Hong Kong) Ltd. forecast in a note that Beijing will continue easing monetary policy to combat the epidemic and help get the economy back on track, but “may gradually taper off some of its easing measures” after the outbreak is contained, as the country has much more limited policy space than in previous years and consumer inflation has been rising.