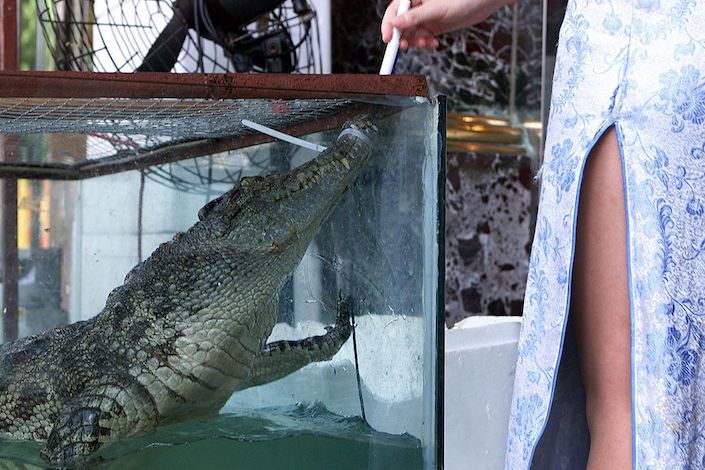 (Bloomberg) — China’s top legislature imposed a total ban on trade and consumption of wild animals, according to state-run China Central Television, a move that aims to curb activities that scientists say may have caused the deadly coronavirus to jump from animals to humans.

The Standing Committee of the National People’s Congress made the decision at a meeting Monday. The move should restrict trade and protect biodiversity, said Li Shuo, a senior global policy adviser at Greenpeace in Beijing.

The coronavirus is proliferating globally, roiling markets and business, after originating in China where more than 77,000 people have been infected and more than 2,500 have died. The virus emerged in early December in Wuhan, an industrial city of 11 million in Hubei province, and early attention focused on a seafood market where live animals were sold, even though a third of the first 40 cases or so were found to have no link to it.

The Covid-19 virus behind the current epidemic may have followed a similar path to humans from animals as the deadly SARS coronavirus 17 years ago, scientists say. SARS is believed to have originated in bats before jumping to humans via the palm civet, a wild animal eaten by some in southern China.

The process of ending trade and consumption of wild animals “will be a challenging exercise,” Li said. Defining wildlife, whether Chinese medicines are included and what counts as illegal are some of the issues that need to be addressed, he said.

China issued a temporary ban on trading in wild animals shortly after the outbreak of the virus, and pressure has been mounting to make the prohibition permanent. The existing Wildlife Protection Law bans the sale of food from endangered species but doesn’t cover all wild animals. International animal rights groups have criticized the use of exotic animal parts such as tiger bones, bear gall and pangolin scales in traditional Chinese medicine.