By Du Caicai and Mo Yelin 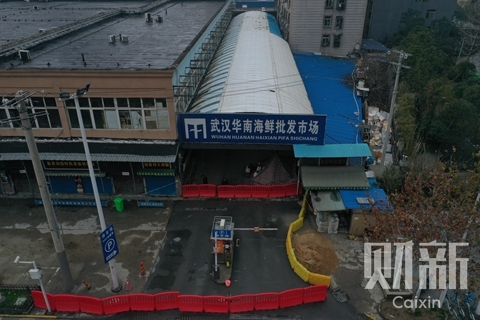 A new paper by Chinese researchers claims to provide further evidence that the deadly new coronavirus may not have originated in a seafood market in the city of Wuhan.

But the new paper, which has not yet been peer-reviewed, is the latest to challenge that assumption. Co-authored by researchers from three Chinese institutions including the Chinese Academy of Sciences and published Friday on the distribution platform ChinaXiv, the study attempts to trace how the virus emerged and evolved.

The data suggest that “the SARS-CoV-2 source at the … market was imported from elsewhere,” researchers say.

Scientists used gene sequencing technology from 93 virus samples and analyzed their haplotypes — groups of genes inherited together from a single parent organism. They found that all the samples with a reported link to the market contained the same haplotype, which they called H1.

But when the scientists dug deeper, they found that three more-ancestral haplotypes — H3, H13 and H38 — appeared in several cases with no reported ties to the market, including one in the southern city of Shenzhen and another in the United States.

That makes it relatively likely that the virus was introduced into the market from outside and began passing between people earlier than previously thought, according to the study. “SARS-CoV-2 may have already circulated widely among humans in Wuhan before December 2019, probably beginning in mid to late November,” the paper says. “Some infected patients may have been overlooked because they had mild symptoms.”

The paper follows on the heels of research published last month in the well-known medical journal The Lancet challenging the hypothesis that the virus emerged at the Wuhan market. That paper analyzed 41 infected patients whose cases dated as far back as Dec. 1 and concluded that 13 of them had no links to the marketplace.

Since erupting in Wuhan in December, the Covid-19 epidemic has gone on to sicken more than 77,000 people in China and kill nearly 2,500. Chinese authorities confirmed the disease can pass from person to person in late January.