By Tang Ziyi and Xue Xiaoli 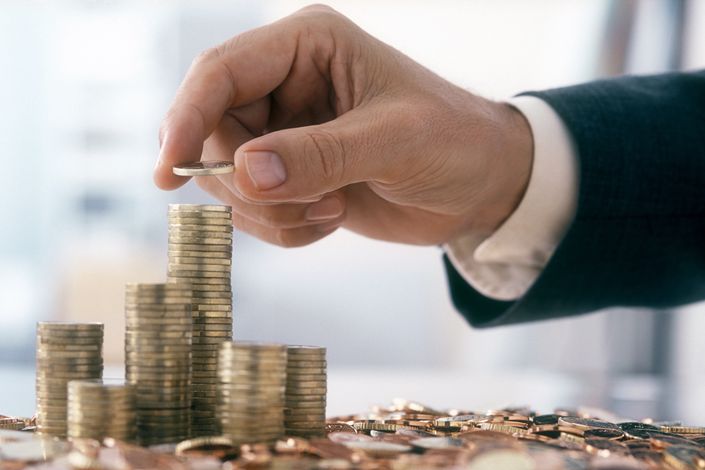 Guidance funds have not always met expectations: Many of the officials in charge just don’t have the expertise of private fund managers. Photo: VCG

Lower profile than the industrial subsidies under China’s Made in China 2025 initiative, government guidance funds are widely seen as a “secret weapon” for the country to fulfil the same ambitions, but they may not be as powerful as they appear.

Some of the funds are meant to serve an important role supporting the initiative, an ambitious 10-year strategy to transform the country into a global high-tech manufacturing powerhouse. While Beijing has played down the slogan after drawing criticism from U.S. politicians and businesses who view the plan as a threat, the same goals remain in place.

Government guidance funds have, on paper, amassed a vast war chest. By the end of last year, their total value (link in Chinese) had grown to nearly 4.7 trillion yuan ($670 billion) — more than the 2018 GDPs of Sweden or Argentina, according to data compiled by Beijing-based consultancy Zero2IPO Research. As of the end of June, there were 1,686 such funds set up by Chinese governments at all levels.

However, much of that money has not been used as intended. Government guidance funds as a whole suffer from the same flaws as many other investment funds: poor management and overlapping investment in white-hot targets. Much of their capital has flocked to mature companies with easy access to finance rather than cash-hungry and strategically important startups.

There are four key things to understand about China’s government guidance funds.

How were the funds created?

Modeled after these industrial investment funds, one of the earliest guidance funds was launched by a regional government in Beijing in 2002, to support cash-starved startups at the Zhongguancun Science Park, a famous Beijing tech hub. But guidance funds were only formally defined in 2005, by China’s top economic planning body, the National Development and Reform Commission (NDRC). That year, the NDRC encouraged (link in Chinese) central and local governments to set up guidance funds to support development of startups, especially small and midsize tech firms, through investments in venture capital firms.

But the policy did not draw much global attention until later, as “The Big Fund” made headlines with the creation of the Ministry of Industry and Information Technology’s fund focused on integrated circuits in 2014 and Made in China 2025 took off.

In January 2015, Premier Li Keqiang chaired a State Council meeting that made the decision to set up (link in Chinese) national-level government guidance funds to support the development of nascent industries in the country. In November that year, the Ministry of Finance stipulated (link in Chinese) that government-invested industrial investment funds should focus on specific areas including startups, innovation, industrial upgrading, infrastructure and public services.

How do the funds work?

Guidance funds let governments use fiscal spending to directly invest in or provide financing guarantees for private funds that invest in startups, according to a 2017 NDRC policy (link in Chinese).

Typically, private investment needs to make up the majority. To prevent state overreach, policymakers at various levels in different localities have set caps on the ratio of government investment in a fund, generally between 20% and 30%. Also, the finance ministry has urged government officials to allow private managers to do their jobs and distribute the funds as they see fit.

As the idea is to guide heavy lifting by the private sector to support key industries, guidance funds are meant to be withdrawn five years (link in Chinese) after an equity investment in a venture capital firm is made. Governments can sell their equity in the venture capital firms to other shareholders or new investors.

What are the problems?

In practice, guidance funds have worked rather differently.

Instead of doling out all the money needed from their fiscal coffers, some local governments have tended to raise guidance fund capital from shadow banks, often leveraging their initial investments several times over, said Guo Libo, research head of consultancy ChinaVenture Investment Consulting Ltd. Some even boasted that they could use 20 billion yuan of fiscal spending to drive as much as 500 billion yuan of investment in guidance funds, he said.

Under pressure to get their money back, some local governments prefer low-risk investment targets with stable returns, rather than providing the long-horizon investments top policymakers intended.

From 2015 to 2018, some local governments favored financing pre-IPO companies, as opposed to startups looking for money to begin early-stage operations, Guo noted.

In addition, although guidance funds were designed as a tool to boost private investment, governments’ preference for control usually means they override fund managers’ investment decisions, said Hu Bo, an associate professor at the School of Finance at Renmin University of China.

Hu said it is still common for governments to send representatives to the fund firms they invest in and form councils that are empowered to make investment decisions.

Worse, there’s no review mechanism for guidance fund officials in terms of their professional know-how. One consequence of their limited knowledge has been overlapping investments, where numerous officials chase after the same few private funds with high returns, but neglect others that could be short of capital, said Xu Xiangdong, a deputy general manager of Shenzhen Angel FOF Management Co. Ltd., a guidance fund firm set up by the Shenzhen city government.

How are the problems being addressed?

A sector-wide crackdown on shadow banking has helped solve problems surrounding the source of guidance funds. A sweeping new regulatory framework which took effect in April 2018 requires all asset managers — including banks, brokerages, trust firms, insurance companies and other institutions — to clean up noncompliant asset management products. Governments have since found it more difficult to raise capital from shadow banks.

Although the rules came as an opportunity for guidance funds to improve their fundraising structure, they have also led to a rapid reduction in the number of newly established guidance funds.