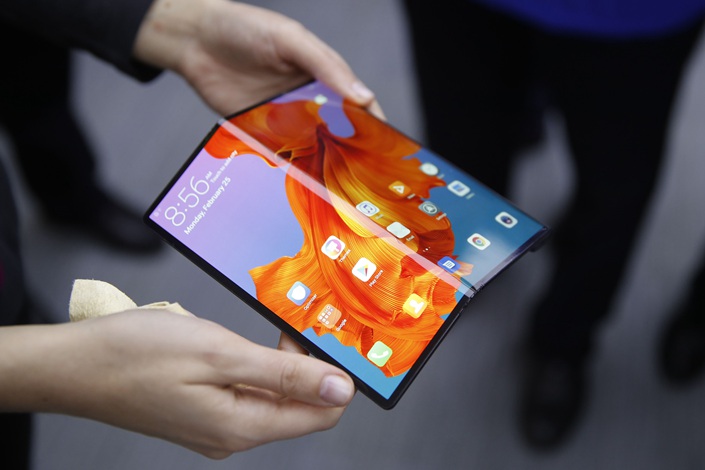 An employee demonstrates a Mate X foldable 5G mobile device at the Huawei Technologies Co. pavilion on the opening day of the MWC Barcelona in Barcelona

Huawei unveiled its Mate Xs foldable smartphone, the second-generation version of the Mate X launched last year, at a virtual launch event in Barcelona on Monday.

The Mate Xs features a screen which can fold into a 6.6-inch smartphone and unfold into an 8-inch tablet computer. It is powered by Huawei’s new Kirin 990 chip with 5G functionality and ships with the self-made EMUI 10 user interface based on the open-source version of Google’s Android operating system.

At the launch event, Richard Yu, head of Huawei’s consumer business group, said that the company will plow $1 billion into a project to encourage global developers to create apps for Huawei Mobile Services (HMS), an alternative to Google Mobile Services (GMS). Huawei has been denied access to GMS since it was placed on a U.S. trade blacklist in May. Huawei devices cannot run Google apps and services such as Gmail and Maps in the absence of GMS.