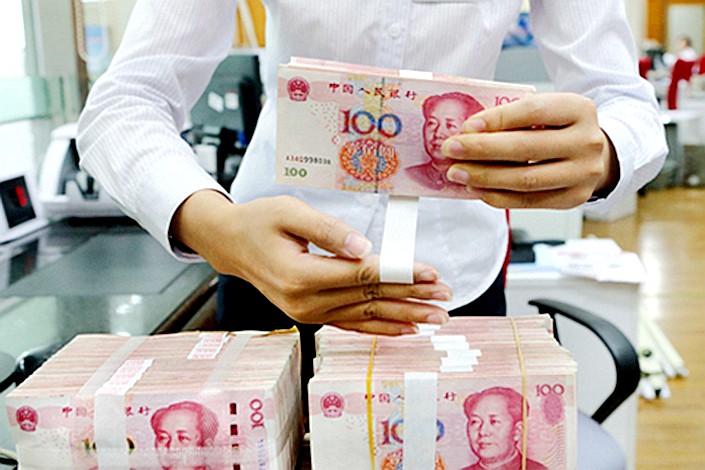 Scrutiny of the shareholding structure of some companies who claimed to be suppliers of daily necessities and found their way onto the list revealed that they were in fact local government financing and investment vehicles. Photo: IC Photo

Chinese authorities have booted 48, mostly state-owned, enterprises off an official list of companies eligible for special low-cost loans under a government initiative to boost financial help for firms actively engaged in the battle against the coronavirus epidemic out of concern the loans would not be used for their intended purpose.

The 48 companies comprise five coal producers, 38 transport companies and five local government financing vehicles, Caixin learned on Tuesday from sources close to banks and financial regulators. Some of them had tried to get loans under the 300 billion yuan ($42.8 billion) special-purpose relending program by pretending to produce goods such as disinfectants, the sources said. Loans already made to these companies will no longer benefit from the preferential interest rates, they said.

The news has emerged amid growing concern about oversight of the program which was announced (link in Chinese) by the People’s Bank of China (PBOC) on Feb. 1 as part of the government’s response to the outbreak of the deadly coronavirus. The central bank said it would offer 300 billion yuan of funding to national commercial banks and local banks so that they could offer cheap loans to key enterprises engaged in production, transportation and sales of crucial medical supplies for the purpose of epidemic prevention and control as well as daily necessities. Banks were told to cap interest rates on the special loans at 100 basis points lower than the one-year national loan prime rate (LPR), the de-facto benchmark lending rate which currently stands at 4.05%. Companies on the list also enjoy fiscal subsidies, which can cut actual borrowing costs to below 1.6% on average.

A national list of companies eligible for the loans was drawn up by the National Development and Reform Commission (NDRC), the country’s powerful planning agency, and the Ministry of Industry and Information Technology and issued on Feb. 10. It is now on its eighth edition and includes more than 1,600 companies, double the number in the seventh edition. There are also local lists drawn up by specified local governments which include thousands more businesses. The first batch of funding was offered by the PBOC on Feb. 10 and as of Wednesday, Caixin learned from sources close to the central bank that more than 900 enterprises had received a total of more than 60 billion yuan.

Some coal mining enterprises, for example, claimed to have started producing disinfectant and got themselves on the national list, a move questioned by at least one banker. “You have to ask yourself how much disinfectant could be accounted for in the total production capacity or in the total sales of a coal company?” a source working at a large bank asked.

Scrutiny of the shareholding structure of some companies who claimed to be suppliers of daily necessities and found their way onto the list revealed that they were in fact local government financing and investment vehicles. Caixin has learned that two supposed food suppliers in Guizhou and Guangdong province, which were ultimately government financing vehicles, were removed from the list.