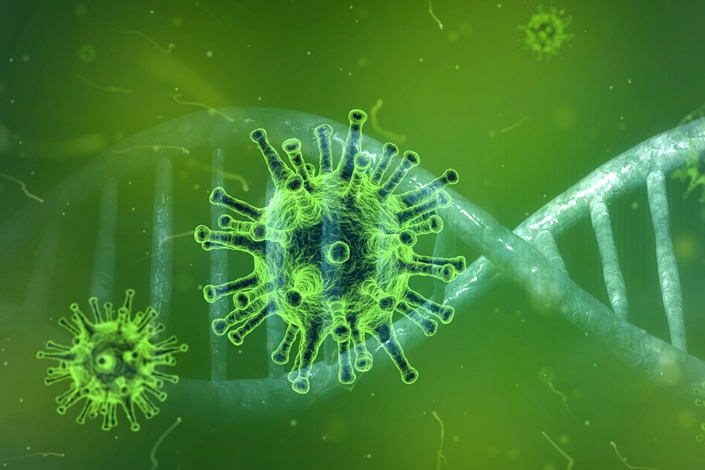 The new coronavirus that has claimed nearly 3,000 lives and spread to almost 50 countries was sequenced in Chinese labs — and found to be similar to SARS — weeks before officials publicly identified it as the cause of a mysterious viral pneumonia cluster in Wuhan, a Caixin investigation has found.

Test results from multiple labs in December suggested there was an outbreak of a new virus. However, the results failed to trigger a response that could have prepared the public, despite being fed into an infectious disease control system that was designed to alert China’s top health officials about outbreaks.

The revelations show how health officials missed early opportunities to control the virus in the initial stages of the outbreak, as questions mount about who knew what and when, and whether these actions helped the disease to spread.

As early as Dec. 27, a Guangzhou-based genomics company had sequenced most of the virus from fluid samples from the lung of a 65-year old deliveryman who worked at the seafood market where many of the first cases emerged. The results showed an alarming similarity to the deadly SARS coronavirus that killed nearly 800 people between 2002 and 2003.

Around that time, local doctors sent at least eight other patient samples from hospitals around Wuhan to multiple Chinese genomics companies, including industry heavyweight BGI, as they worked to determine what was behind a growing number of cases of unexplained respiratory disease. The results all pointed to a dangerous SARS-like virus.

That was days before China notified the World Health Organization (WHO) on Dec. 31 about the emergence of an unidentified infectious disease, two weeks before it shared the virus’s genome sequence with the world, and crucially, more than three weeks before Chinese authorities confirmed publicly that the virus was spreading between people.

Concerns about the new disease were initially kept within a small group of medical workers, researchers and officials. On Dec. 30, Dr. Li Wenliang was one of several in Wuhan who sounded the first alarms and released initial evidence online. Li, who was punished for releasing the information, would perish from the disease five weeks later, after contracting it from a patient.

On Jan. 1, after several batches of genome sequence results had been returned to hospitals and submitted to health authorities, an employee of one genomics company received a phone call from an official at the Hubei Provincial Health Commission, ordering the company to stop testing samples from Wuhan related to the new disease and destroy all existing samples. The employee spoke on condition of anonymity, saying they were told to immediately cease releasing test results and information about the tests, and report any future results to authorities.

It was Jan. 9 when Chinese authorities finally announced that a novel coronavirus was behind Wuhan’s viral pneumonia outbreak. Even then, the transmissibility of the virus was downplayed, leaving the public unaware of the imminent danger.

Finally, on Jan. 20, Zhong Nanshan, a leading authority on respiratory health who came to national attention in his role fighting SARS, confirmed in a TV interview that the disease was spreading from person-to-person.

Two days later, Wuhan, a city of 11 million, was placed in lockdown. It remains quarantined today.

The earliest results, for a 65-year-old deliveryman who worked at the Wuhan seafood market, were returned on Dec. 27 by Vision Medicals, a genomics company based in Huangpu district in Guangzhou, South China’s Guangdong province.

The patient was admitted to the Central Hospital of Wuhan on Dec. 18 with pneumonia and his condition quickly deteriorated. On Dec. 24, the doctors took fluid samples from his lungs and sent them to Vision Medicals for testing, according to Zhao Su, head of respiratory medicine at the hospital.

In an unusual move, the company did not send back results, but instead called the doctor on Dec. 27. “They just called us and said it was a new coronavirus,” Zhao said.

Vision Medicals confirmed the tests took place in a post it published on social media late last week. The post said the company was involved in early studies on the new coronavirus and contributed to an article published on the English version of the Chinese Medical Journal about its discovery. That article makes specific mention of a sample collected on Dec. 24 from a 65-year-old patient who had contact with the seafood market.

A different social media post, believed to have been made by a Vision Medicals employee, sheds more light on the company’s early work. The author of the post, made on Jan. 28, said only that they worked at a private company based in Huangpu, Guangzhou, where Vision Medicals is located.

The post’s author said they noticed a close similarity with the SARS coronavirus in test results of a sample collected on Dec. 24, but decided to study the results more closely before returning them, due their significance. The company did, however, share the data with the Chinese Academy of Medical Sciences, according to the article.

On Dec. 27, the lab worked had sequenced most of the virus’s genome and had confirmed it was a coronavirus similar to SARS virus, the article said.

In the following days, company executives paid a visit to Wuhan to discuss their findings with local hospital officials and disease control authorities, the article said. “There was an intensive and confidential investigation underway, and officials from the hospital and disease control center had acknowledged many similar patients,” it said.

Little information about this early study has been officially released. The patient, who was transferred to Wuhan Jinyintang Hospital, later died.

While researchers at Vision Medicals mulled their findings, the Central Hospital of Wuhan sent swabs from another patient with the mysterious pneumonia to a Beijing-based lab, CapitalBio Medlab Co. Ltd., for study.

The sample came from a 41-year-old man who had no history of contact with the seafood market, who was admitted on Dec. 27.

Test results delivered by the company showed a false positive for SARS. It was a “small mistake,” a gene sequencing expert told Caixin, which may have been down to a limited gene database or a lack of retesting.

But it was this mistake that triggered the first concerns heard by the public — recalling painful memories of the cover-up that defined the SARS outbreak 17 years before.

On the evening of Dec. 30, several doctors in Wuhan, including the late Li Wenliang, privately shared CapitalBio’s results as a warning to friends and colleagues to take protective measures. Those messages then circulated widely online and sparked a public uproar demanding more information. Several people, including Li and two other doctors who sent the messages that night, were later punished by authorities for “spreading rumors.”

Zhang Jixian, who heads the respiratory department at Hubei Xinhua Hospital, noticed on Dec. 26 that he had received a growing number of patients with symptoms of pneumonia from the neighboring seafood market. He reported the situation to the hospital the next day, with that report passed on to city and provincial health authorities.

Following the reports, disease control authorities in Wuhan and Hubei on Dec. 30 issued an internal notice warning of the emergence of pneumonia patients with links to the seafood market and requiring hospitals to monitor similar cases.

The notice, later leaked online, offered the first glimpse to the public of officials’ acknowledgement of the outbreak.

Several other genomics companies also tested samples from patients in Wuhan with the then-unidentified virus in late December, Caixin learned.

A BGI source told Caixin that when they undertook the sequencing project in late December the company was unaware that the virus had sickened many people. “We take a lot of sequencing commissions every day,” the source said.

Caixin has learned that the Wuhan hospital sent BGI at least 30 samples from different pneumonia cases for sequencing in December, and three were found to contain the new coronavirus. In addition to the Dec. 26 case, the second and third positive samples were received on Dec. 29 and Dec. 30. They were tested together and the results were reported to the Wuhan Municipal Health Commission as early as Jan. 1.

On Jan. 1, gene sequencing companies received an order from Hubei’s health commission to stop testing and destroy all samples, according to an employee at one. “If you test it in the future, be sure to report it to us,” the person said they were told by phone.

One virologist told Caixin that even the Wuhan Institute of Virology (WIV) under the Chinese Academy of Sciences was not qualified for the tests and told to destroy samples in its lab.

Zhang reported his findings to the Shanghai Municipal Health Commission as well as China’s National Health Commission, warning the new virus was like SARS, and was being transmitted through the respiratory route. This sparked a secondary emergency response within the Chinese Center for Disease Control and Prevention (CDC) on Jan. 6.

On Jan. 9, an expert team led by the CDC made a preliminary conclusion that the disease was caused by a new strain of coronavirus, according to Chinese state broadcaster CCTV.

On Jan. 11, Zhang’s team became the first to publish the genome sequence of the new virus on public databases Virological.org and GenBank, unveiling its structure to the world for the first time. The NHC shared the virus genomic information with the World Health Organization the next day.

Also on Jan. 11, the Wuhan Municipal Health Commission resumed updating infection cases of the new virus after suspending reports for several days. But the government repeated its claim that there had been no medical worker infections and that there was no evidence of human transmission.

Meanwhile it reported that the number of confirmed cases had dropped to 41.