By Li Liuxi and Lu Yutong 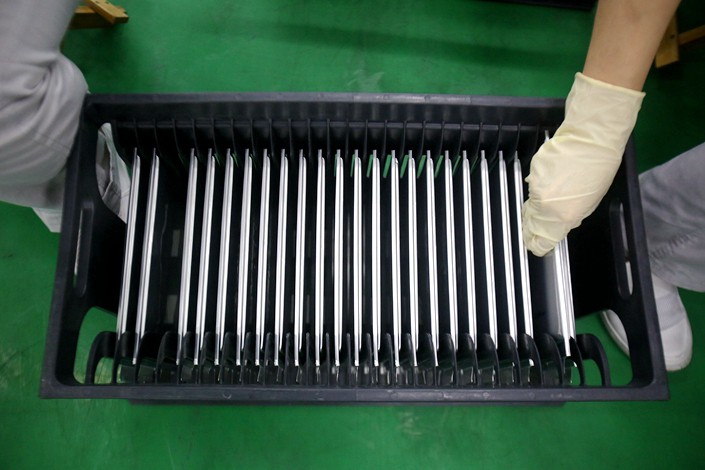 Lithium batteries are produced in a factory in Nanchang, Jiangxi province. Photo: VCG

Debt-ridden Chinese lithium giant Tianqi Lithium has posted a plunge in profit due to depressed prices and slumping demand, a result that further deepens its financial prospects for the year.

The company cited slumping product sales triggered by the roll back of government subsidies for new-energy cars and a surge in debt for the purchase in 2018 of Chilean chemical supplier Sociedad Quimica y Minera de Chile (SMQ), according to a preliminary report filed to the Shenzhen Stock Exchange.

The manufacturing giant made a 2.2-billion-yuan provision for devaluation in its holdings in SMQ, and was supposed to pay back 1.67 billion yuan of interest in the fourth quarter last year for a $3.5 billion acquisition loan it took out two years ago, said the report.

In late 2018, Tianqi inked the $4 billion purchase deal with SMQ for a 23.77% share in the Chilean miner with $3.5 billion borrowed from two China Citic Bank-led consortiums.

The overseas expansion greatly broadened Tianqi’s access to the element necessary for production of zero-emission electric vehicles and boosted China’s presence in the battery supply chain.

But the loan, due to be returned with interest over the next two to five years from 2018, has been plaguing the company that has since seen lithium prices plunge and profits shrink.

Some organizations have forecast prices to fall further in the wake of the Covid-19 virus which has halted operations and disrupted supply chains across the world.

Bloomberg New Energy Finance said in a report that lithium prices could slump to below $7,000 per ton if the influence of the epidemic drags into the second quarter.

In a January investors’ meeting hosted by Tianqi, the company said the bonus it could receive from its shares in SQM could pay back $1.2 billion yuan of interest for a loan due to mature in 2023.