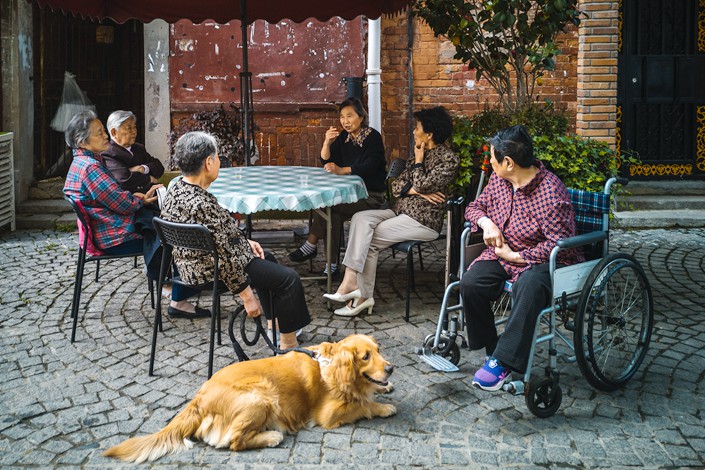 China’s policies aimed at easing the financial burden on companies struggling to cope with the coronavirus epidemic could end up putting additional fiscal pressure on many provinces as some measures are likely to deprive them of much-needed income.

Hubei, the province at the epicenter of the outbreak of the new coronavirus, is particularly vulnerable and concerns have grown that temporary exemptions on contributions to provincial social insurance funds may compromise its ability to pay pensions and unemployment benefits to the local population.

Hubei’s pension fund was already under pressure even before the emergence of the epidemic. As a region with a population outflow as working-age people moved to other provinces to work, its annual pension payments exceeded contributions into the fund for three consecutive years from 2016 to 2018, according to data compiled by CEIC, a financial and economic data provider. When officials presented their 2020 budget (link in Chinese) to Hubei’s People’s Congress in January, the fund was projected to suffer a 96% plunge in its cash surplus for the year to 210 million yuan ($30 million) based on a 4% increase in income to 250.1 billion yuan and a 7.1% jump in expenditure to 249.9 billion yuan.

At a briefing (link in Chinese) in Beijing on Tuesday officials from the Ministry of Finance sought to provide reassurance that the province will be given help if needed.

“(Authorities) will ensure that pensions are paid in full and on time to retired people,” Fu Jinling, the head of the social security department at the ministry said when asked about the risks to Hubei’s ability to pay its pensioners.

He acknowledged that the temporary exemptions on social security contributions announced by the central government in February would have an impact on Hubei’s pension fund, estimating the policy would cut the fund’s income by about 22 billion yuan in 2020. But he pointed out that Hubei’s pension fund had amassed a cumulative surplus of 100 billion by the end of 2019, suggesting the impact was controllable.

Fu also said that the central government will help the province by providing subsidies and by transferring money from the funds of other provincial-level regions.

China’s current pension system mostly relies on state-run basic pension funds for urban and rural residents, which account for more than 70% of the system.

Provincial pension funds were already under pressure after the central government in March 2019 ordered a reduction in company contribution rates to 16% of salaries from a previous maximum of 20% as part of a 2 trillion-yuan package of tax and fee cuts outlined in the budget to help companies weather the slowdown in economic growth.

The outbreak of the new coronavirus has made things worse. The epidemic led to a collapse in activity across large swaths of the country as the government restricted travel and delayed a return to work after the weeklong Lunar New Year holiday in January to contain the spread of the virus. Although businesses are now being encouraged to restart operations, it’s been a slow process.

Millions of businesses, especially smaller private companies, have been hit by a cash crunch as sales collapsed, depriving them of the revenue they need to pay their workers. Economists at Nomura International (Hong Kong) Ltd. estimate that as of March 1, only around 44% of businesses in sectors significantly impacted by the epidemic had resumed operations.

Policymakers have taken a series of measures to help businesses affected by the outbreak, such as providing special low-cost loans to companies producing medical supplies and daily necessities and instructing banks not to arbitrarily stop lending to affected companies.

The State Council, China’s cabinet, announced after a Feb. 18 meeting that companies in Hubei would be exempt from making contributions to employees’ pension, unemployment and occupational injury insurance funds from February to June and that small and medium-sized enterprises in other provinces would be eligible for a waiver in their contributions over the same period. Large companies would have their contributions halved from February to April. A deputy minister from the Ministry of Human Resources and Social Security estimated at a briefing (link in Chinese) last month that on a national basis, the policy would lower overall contributions by 500 billion yuan.

China currently doesn’t have a national pension system, rather each provincial-level government has its own pension, health care, unemployment, occupational injury and housing funds. Contributions come from individuals, enterprises, and government subsidies. China also has a national social security fund which acts as a reserve to make up potential regional shortfalls and is funded from fiscal revenue, equity holdings in state-owned enterprises, and profits from the fund’s investments.

In some provinces, pension funds were already running deficits and in July 2018 the central government created a national pool to take funds from the richest provinces and municipalities to help struggling provinces and cities pay their retirees.