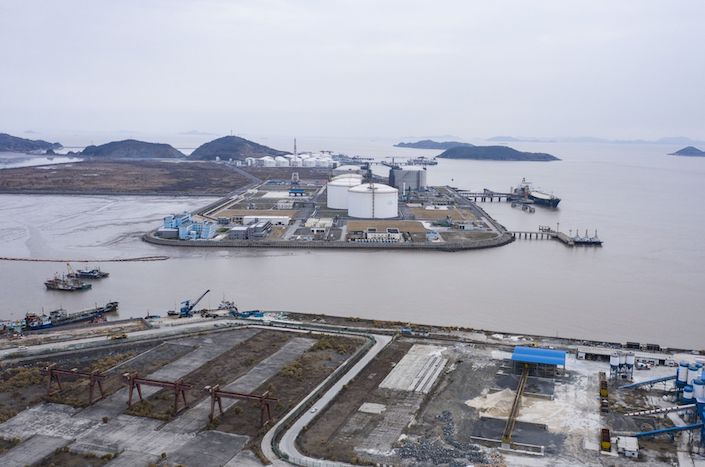 (Bloomberg) — China National Petroleum Corp. invoked force majeure on all natural gas imports, according to people with knowledge of the situation, the second Chinese buyer to refuse shipments in a sign that global commodity flows may face sustained impact from the coronavirus epidemic.

CNPC, the parent of PetroChina Co., took the extreme step after initially working with sellers to reschedule shipments and plans to cancel contracted deliveries of the fuel both as liquefied natural gas and via pipelines in the short term, said the people, who asked not to be identified as the information isn’t public. At least one LNG supplier was notified, the people said.

The nation’s buyers have struggled with the impact of the virus, which has cut demand for fuel and maxed out gas storage space. Companies declare force majeure when they’re unable to meet contractual obligations for reasons beyond their control.

China’s biggest suppliers of LNG include Australia, Qatar and Malaysia, while Russia and Central Asian nations — Turkmenistan, Kazakhstan and Uzbekistan — as well as Myanmar supply via pipeline.

China is the world’s biggest consumer of most raw materials, from energy products to industrial metals, and disruptions in its purchases create havoc across global supply chains. While the nation is making slow but steady progress in effort to get back to work, the CNPC’s fresh force majeure declaration illustrates the lingering impact of the coronavirus outbreak on consumption.

Separately, CNPC said Thursday that it stopped pulling supplies of gas from storage tanks, and in at least one location has even started injecting it back earlier in the winter than normal, as customers have throttled back consumption amid a broader economic slowdown.

“Natural gas demand has dropped sharply,” the company said on its website, adding that withdrawals halted at all 10 of its underground storage sites as of Feb. 29. “The volume of gas supplied from China’s storage facilities has fallen rapidly” since late January, the company said.