In Depth: How Shanghai Handled the Coronavirus Better Than Most of China 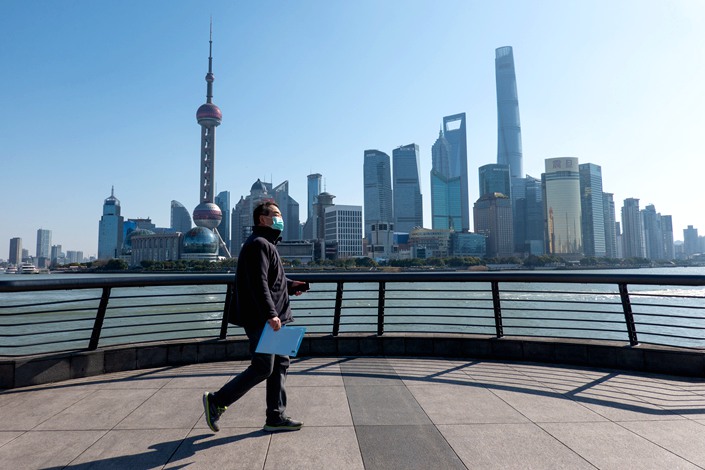 Shanghai was once considered one of the cities in China most vulnerable to the coronavirus because of its status as a transportation hub and its close economic ties with Central China’s Hubei province, the epicenter of the deadly outbreak.

However, the megacity of 30 million people has done better than most at managing the outbreak. As of Feb. 27, it reported 337 infections and three deaths, without a single case of unknown origin.

“Without early preparedness, an outbreak could have been disastrous,” said Zhang Wenhong, head of Shanghai Medical Treatment Expert Team and Director of the Infectious Disease Department at the prestigious Huashan Hospital, in an online article.

The city’s success in preventing new cases from shooting up exponentially was also attributed to “multi-pronged measures taken by the government and strong discipline shown by the people,” Zhang said in the article.

Nonetheless, Shanghai still faces pressure as migrant workers return and businesses reopen. “According to epidemiological theory, the second peak in an epidemic is often higher than the first,” said Hu Bijie, deputy director of the Shanghai Institute of Respiratory Disease Research. “We are hoping for a lower peak but are prepared for a higher one.”

On Jan. 3, Zhang Yongzhen, adjunct professor at the Fudan University-affiliated Shanghai Public Health and Clinical Center, a designated center for treating all diagnosed Covid-19 adult patients in Shanghai, received a sample from a patient with a fever of unknown origin and past exposure to a seafood market in Wuhan. It was one of many samples Zhang’s team received from Wuhan Central Hospital under a joint program over the past few years.

“It was just routine work. However, we were shocked by the results,” a member of Zhang’s team told Caixin.

After more than 40 hours of viral genome sequencing, the team found that the sample was 89.11% similar to the virus that causes SARS, or severe acute respiratory syndrome, which is caused by another coronavirus. SARS emerged in late 2002, ravaging China and spreading to dozens of other countries in early 2003.

The virus in the sample had never been seen in humans, the team concluded. Zhang’s team immediately shared the findings with doctors in Wuhan. After some discussion, Zhang identified the virus as the pathogen that caused the patient’s symptoms and determined it was highly likely to infect humans through the respiratory system.

On Jan. 5, the center reported its findings to Shanghai authorities and China’s National Health Commission (NHC), the government agency that oversees China’s Center for Disease Control and Prevention (CDC). In the internal report, they strongly recommended precautions in public places and anti-viral treatment. The report was most likely the first to lay out the virus’s entire genome sequence.

“As early as Jan. 5, we believed that the disease was contagious,” Lu Hongzhou, the center’s party secretary, said in an interview with Caixin. By then, Wuhan reported 59 confirmed cases but still denied the existence of “human-to-human transmission” and any infections among medical workers.

In early January, Shanghai started training doctors to ensure they were armed with the right knowledge before the first patient with Covid-19, the disease caused by the new coronavirus, appeared.

“Prior to the official recognition of person-to-person transmission (Jan. 20), we had studied the features of virus-related CT images and advised medical staff to pay extra attention to such cases,” Lu said.

On Jan. 12, a woman from Wuhan arrived in Shanghai with symptoms of fever and fatigue. On Jan. 15, she visited a fever clinic in Changning district. She was isolated immediately and transferred to a negative pressure room at the center. After she tested positive for the coronavirus, Shanghai authorities reported the first confirmed case to the CDC. On Jan. 24, she recovered and was discharged from the hospital.

Shanghai has weathered an array of infectious disease outbreaks, including a hepatitis A crisis in 1988, SARS in 2003 and H7N9 in 2013, amassing extensive experience.

Zhang Zuofeng, an associate professor of epidemiology at the University of California, predicted that Shanghai would be among the first regions in China to contain the outbreak — largely due to its past experience. For instance, after the outbreak of hepatitis A, which originated from tainted blood clams and left 310,000 people ill and 31 dead, the Shanghai government banned the sale of the clams and set aside warehouses, school dorms, hotels and apartment buildings as makeshift wards for hepatitis A patients. They also set up an early warning system.

“We have always been vigilant against infectious diseases, including SARS,” said Wu Fan, deputy director of the Fudan University medical school and a former director of the Shanghai CDC. “The Shanghai CDC sent specialists to Guangdong province right after we heard about the outbreak there (in late 2002).”

However, the central government notified the public about SARS only in April 2003, after a World Health Organization team visited Beijing.

“Infectious diseases, especially those that attack humans through the respiratory tract, can be catastrophic if not contained quickly,” she said.

In the spring of 2013, H7N9, a new subtype of avian flu, emerged in Shanghai. The center identified the pathogen by March 19. On April 5, two of Shanghai’s deputy mayors inspected a live poultry market. The same day, they took the advice of the Shanghai Health Commission and banned the sale of all live poultry across the city.

By 6 a.m. April 6, all live poultry markets had been shut down in Shanghai, stemming the further spread of the avian flu. In addition, the H7N9 virus did not appear to transmit easily from person to person, and sustained human-to-human transmission was not reported. The outbreak was contained within a month.

On Jan. 28, two passengers with fevers and coughs were spotted by Shanghai Customs officials upon their arrival from France. Officials learned they were a mother and her son-in-law who had applied for a visa to Europe on Jan. 10 in Wuhan.

Shanghai Customs notified a designated hospital to accept the two suspected patients, who were driven from the airport by ambulance. One was diagnosed with Covid-19 on Jan. 30, the other on Feb 1.

Meanwhile, the health commission of the city’s Pudong New Area arranged for vehicles to take 29 of the passengers on the same flight to a quarantine facility. Three tested positive for the coronavirus.

“In this case, there were seamless connections among the airport, designated medical service providers, district health commission, the Shanghai CDC and specialty hospitals, which formed a closed loop,” said Gu Honghui, director of the Shanghai Health Commission.

Shanghai has deployed 550 public health officials to trace the close contacts of 1,071 suspected patients. One medical worker was amazed how thorough officials have been.

“They ask you (very detailed questions) like the area of your apartment, which stalls you visited at a produce market and what kind of food you bought there,” the worker said.

“I feel that Shanghai did a good job (in stemming the spread) partly because the time it took from seeing the first symptoms to diagnosing the illness was as short as one day on average,” Wu said. “Another major factor was that the government combed through all communities for patients meticulously and rigorously.”

“We didn’t trust viral tests 100%,” she said. “We also take into account CT images and epidemiological evidence in order to identify and isolate suspected cases.”

As a member of the National Covid-19 Medical Expert team, Hu Bijie in late January emphasized early signs of infection at a training session attended by medical staff from departments likely to deal with Covid-19 patients in Shanghai. After his early warning, the city reported zero cluster infections among doctors and nurses, while Wuhan and Beijing reported numerous infections at hospitals.

Diagnosed adult patients are mostly sent to the center for treatment, while young patients are sent to the Fudan University-affiliated Children’s Hospital. Few children have been infected so far, and it remains unclear why.

The Shanghai Public Health and Clinical Center, built in 2004 after the SARS epidemic, was modeled after Beijing’s Xiaotangshan Infectious Disease Center. It has 500 permanent beds, with the capacity to set up an additional 600 beds quickly when necessary.

Patients in severe condition are housed in the same building at the center and taken care of by a team 24 hours a day, seven days a week.

As of Feb. 27, Shanghai reported 337 cases of Covid-19, of which nine patients were in a condition considered life-threatening and three were in severe condition. A total of 276 patients recovered and three died, amounting to a fatality rate of 0.89%.