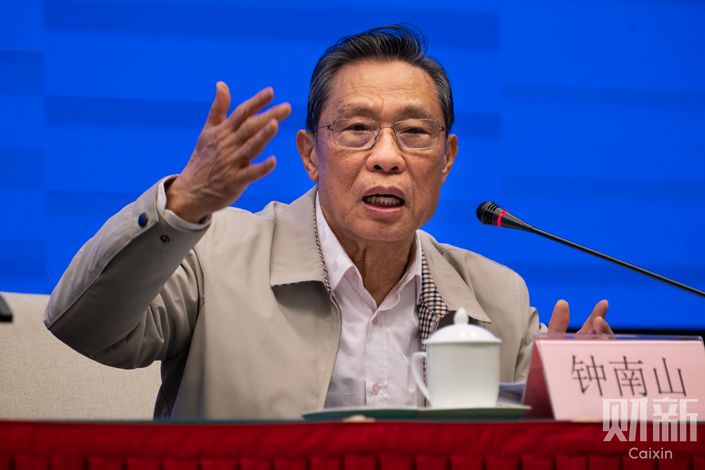 China’s controversial quarantine measures limited the size of the country’s Covid-19 outbreak and should be kept in place until late April, according to a study by a prominent Chinese epidemiologist.

The study, led by Zhong Nanshan, who has spearheaded China’s effort against Covid-19, was published last month in China’s Journal of Thoracic Disease, of which he is editor-in-chief. It defended various measures taken by China since late January to control the spread of the virus, including citywide lockdowns, forced quarantines and shutdowns of public transportation.

Critics have charged that these moves were ineffective, violate the rights of individuals, and were too late to materialize after the discovery of the virus, and initial efforts to warn the public of its danger were suppressed.

Yet Zhong argued that these measures managed to quickly reduce the number of new cases. The study said that they also cut both the number of peak “active infections,” which refers to the number of people ill at the height of a region’s epidemic, and the predicted total number of infections by the end of the epidemic.

Nevertheless, at a Feb. 27 press conference in Guangzhou, South China’s Guangdong province, Zhong said that the paper had been rejected by at least one “authoritative” overseas medical journal, though he did not say which or why.

Using a version of the “susceptible, exposed, infectious, recovered” mathematical modeling technique, the study predicted that with the quarantine measures in force at the time of its publication, the epidemic in China would peak on Feb. 28 with 59,764 cumulative active infections, dwindle by late April and result in about 122,122 cases in total by the end of the epidemic.

This contrasts with modeling done by overseas infectious disease experts, with one study estimating the country’s Covid-19 cases would reach 160,000 by early February. While Zhong’s figures more closely match China’s official case numbers, Caixin has previously reported that the official tally excludes a significant portion of people who have tested positive for Covid-19, namely those without symptoms.

According to Zhong’s team, a five-day delay in implementing the country’s various lockdowns would have tripled the total number of infections in the country. Taken five days earlier, the measures would have cut the number of cases nationwide by two-thirds.

Meanwhile the paper predicted that infections in Hubei, the province hardest hit by the outbreak, would peak on Feb. 20 at 42,792 cases, then grow to a total of 59,578 by late April, when the outbreak is expected to near its end. Had interventions been delayed, both Hubei’s active infections and total cases would have been over 2.6 times the current projected amount. Had the interventions been introduced five days earlier, the epidemic peak should have arrived five days earlier, with the total case number not exceeding 25,000.

The study argues that if Hubei had ended its restrictions on movement after the extended Lunar New Year holiday concluded in early February, the province would have had a second peak in infections in March.

The authors found similar trends for Guangdong and Zhejiang, two other provinces hit hard by the virus.

“The continued policy of ‘early detection’ and subsequent isolation might be effective in preventing a second epidemic wave in Guangdong and Zhejiang,” the study said.

The paper cautions that the return of migrants to Chinese cities, broadened testing and climate factors could affect the number of cases and that “the policy of strict monitoring and early detection should remain in place until the end of April 2020.”