In Depth: How Italy’s Chinese Community Went From Helping Their Homeland to Seeking Its Help 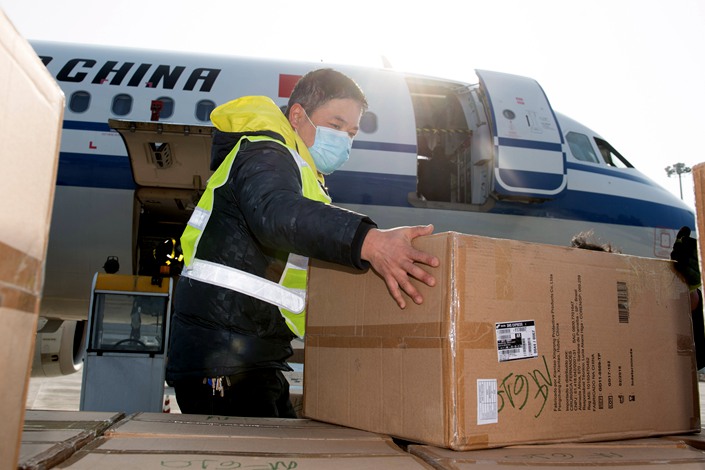 (Beijing) — Ah Fan (pseudonym) didn’t expect he’d go from worrying about his family on the other side of the world to fretting about his own safety so quickly.

The Milan resident spent most of February concerned for his family in Wenzhou, a city in East China’s Zhejiang province famed for its entrepreneurial diaspora worldwide and the hometown of most of Italy’s Chinese community. But by the end of February, he found himself trapped in the European region hardest hit by the novel coronavirus.

The pandemic, which began in China, has now killed more than 7,000 people worldwide, with over half of the deaths recorded outside the country. Wenzhou was one of the places outside the epicenter of Hubei province hit hardest by the coronavirus outbreak, partly due to the fact 180,000 Wenzhounese work or attend school in Wuhan, and many brought the disease back to their hometown over the Lunar New Year holiday in late January.

However China’s draconian measures to contain the virus seem to have brought it under control for now, with most of the country’s new reported cases in recent days coming from overseas.

Before Feb. 21, Italy had just three confirmed cases. However, a super-spreader of the disease appeared in Italy’s northern Lombardy region, of which Milan is capital. After the man was diagnosed, it was confirmed that over a dozen people he had been in contact with also showed Covid-19 symptoms. On Feb. 21, Italy had 16 new cases. As of Tuesday evening, Italy has the most confirmed cases of any country outside China, with 27,980 infections and 2,158 deaths.

In Milan, face masks are in short supply and supermarket shelves have been ransacked by panicking residents. “Chinese rush in for rice, and Italians for pasta,” Ah Fan told Caixin.

Prior to the crisis erupting in Lombardy, many Chinese nationals living in the country and Europe as a whole had been buying masks and other epidemic-fighting gear in bulk to send to China. In Milan alone, over a dozen groups set up by Chinese migrants sent 800,000 masks and 6,000 protective suits to China, mostly to Wenzhou.

However as February wore on, people in Wenzhou realized they shouldn’t ask their family and friends overseas for more gear. On Feb. 19, Wenzhou reported no new cases of the disease for the first time in weeks, just around the same time the epidemic was starting to get out of control in Italy.

Italy’s Wenzhounese community now has a dilemma. They fear catching the coronavirus if they stay in Italy, but Wenzhou isn’t eager to welcome home migrants, fearing they will be a source of new infections just as the disease is brought under control in China.

Sending gear back and forth

When he saw Italy’s cases spike on Feb. 21, Zhou Shuai decided to redirect the flow of protective gear.

Zhou heads the logistics team of a Wenzhou-based volunteer group, which has worked with the city’s government and over 1,000 volunteers across Europe and U.S. to deliver more than 300 batches of equipment to the city since late January.

By the end of February, the authorities in Wenzhou had said they wouldn’t be accepting any more donations from overseas, and Zhou said his group’s attention turned to the 200,000 Wenzhounese living in Italy.

Besides sending the gear they hand in stock to affected Chinese communities in Europe, they wrote a letter to businesses in Wenzhou, asking them to reopen factories and scale up production capacity to help Chinese people living in Italy. “In the early days, of all the help Wenzhou received from people overseas, most came from Italy,” Zhou said. Now, it’s their turn to repay the favor.

In early March, a Chinese migrant group in Milan received 18,500 masks from Chinese business associations in France and 42,000 masks from Dubai.

On March 1, Zhou and his team sent 2,600 pairs of protective goggles from Wenzhou to the Italian government.

Nonetheless, the very next day, an imported case from Italy was reported in Lishui, which borders Wenzhou. Seven close contacts of the returnee were confirmed positive the next day, ending Zhejiang’s two-week streak of reporting no new cases.

On March 4, Wenzhou released a document that asked its diaspora to stay put, reminding them they would need to undergo a 14 day quarantine if they returned to the city.

On March 5, Italy-based, Chinese-owned travel agency Huayu announced it would organize a flight from Milan to Wenzhou, with economy tickets on sale for 1,750 euros ($1,952) each. However the next day, it said it had dropped this plan, telling Caixin that this decision was made “in consideration of safety issues.” Huayu said in a statement that they will pass the names of people who expressed interest in taking the flight to the Chinese embassy in Italy, in case an official evacuation is launched.

Beyond the risk to their health, the Chinese community is feeling a huge economic impact from the epidemic and the measures to control it.

The main industries for Italy’s Chinese community are catering and fashion. As the outbreak has all but obliterated demand and snapped supply chains, the two sectors are “paralyzed” at the moment, according to multiple business owners.

In the world-class fashion centers of Milan and Venice, capital of the Lombardy’s neighbor Veneto, clothing markets run by Chinese businesspeople have been closed for nearly two weeks. “It’s supposed to be the busy season, but now it’s getting quite tough as we closed our doors. When on earth will this end?” said Xu Jianping, a Milan-based entrepreneur who trades clothing imported from Wenzhou and fellow Zhejiang province city Ningbo.

Liu told Caixin the local clothing factories run by Chinese migrants are suffering from a dysfunctional supply chain since the outbreak started in China, as many of them would import raw materials from places such as Zhejiang and Guangdong provinces for manufacture in Italy, but production lines in China had been suspended from operation since late January.

“Our compatriots are in Italy for work, (but) now that restaurants and factories are closed, there’s no work to do, and the epidemic is severe. They are scared, wanting to go home,” Xu said.

He said that a Chinese community group of which he is a member has asked people to remain rational, suggesting that a long intercontinental flight could increase their risk of catching the virus.

Qing Ying contributed to this report.