China’s Electricity Consumption Drops by Most in Five Years 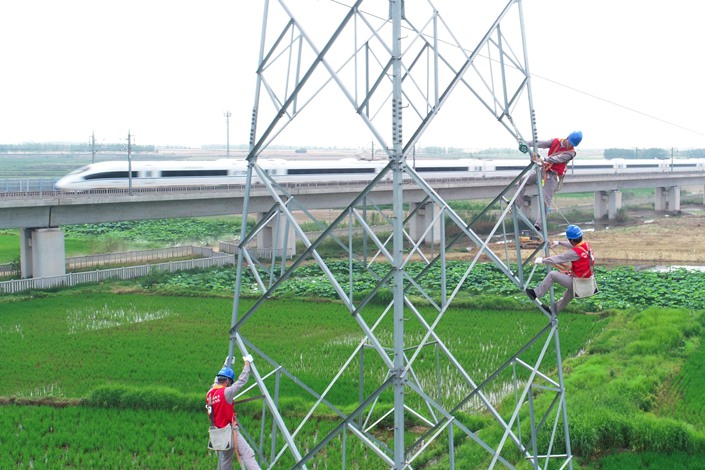 China’s energy consumption dropped by the biggest margin in five years in the first two months of 2020, as both the supply and demand sides of the industry were hit by the government’s strict measures to contain the coronavirus epidemic.

Changes in China’s energy consumption are closely watched as a gauge of the country’s economic conditions.

Fresh data from the National Development and Reform Commission, the country’s top economic planner, showed Tuesday that the nation consumed 7.8% less electricity in January and February compared with the same period last year, led by a 12% fall in industrial consumption and a 3.1% drop in the services industry. Many of China’s official economic indicators are combined for the first two months of the year due to the impact of the Lunar New Year holiday that falls within the period. This year, the holiday was extended as part of efforts to arrest the spread of coronavirus.

Consumption dropped most precipitously in China’s developed coastal regions. The eastern province of Zhejiang, home to the port city of Ningbo and the major commercial hub of Wenzhou, posted a 21.3% year-on-year plunge in the first two months of the year. Neighboring Jiangsu province consumed 16.84% less power and Shanghai, which is nestled between the two provinces, used 12.89% less, according to data from provincial governments.

Even these steep drops may not fully reflect the massive scale of the economic shutdown in the period as some companies and factories, under pressure from officials to meet work resumption targets, left manufacturing equipment, lights and air conditioners running to inflate power consumption figures.

The national slump in consumption was down to the impact of the pandemic, said independent power expert Ye Chun, with demand depressed for the same reasons.

Recent statistics show investment has plummeted amid the massive economic disruption and continuing uncertainty caused by the pandemic. According to the National Bureau of Statistics, manufacturing investment dropped 31.5% year-on-year in January and February, while government-driven infrastructure investment fell 30.3% and high-tech sectors — a major consumer of power — received 20.8% less money.

There is optimism however that power consumption will recover as more of the country returns to work in the near term. Shanghai, Zhejiang, Jiangsu and Shandong province all say they have more or less fully resumed work. An expert at the State Grid Economic and Technological Research Institute told Caixin that Jiangsu may see significant growth in power consumption in the second quarter as companies try to make up for lost time during the first quarter.

But Ye warned that the spread of virus outside China may influence export demand and therefore hurt domestic power consumption.