By Isabelle Li and Liu Yanfei 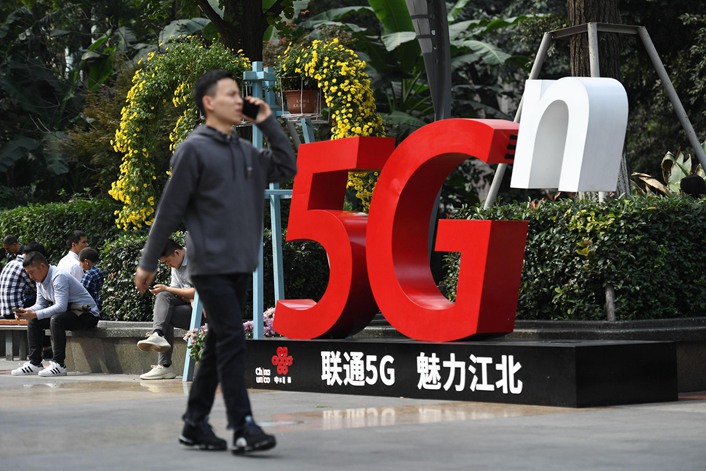 (Hong Kong) — Despite the hit China’s economy is taking from the coronavirus pandemic, the country’s mobile carriers are set to scale up investment in their next-generation telecom networks.

China Unicom plans to increase this year’s capital expenditure by 24% to 70 billion yuan ($9.86 billion), with half earmarked for 5G, according to its latest annual report, released Monday. That’s almost two-and-a-half times more than what it invested in 5G in 2019.

China Telecom, which released its annual report Tuesday, said its 5G capital expenditure for 2020 will be 45.3 billion yuan. China Mobile, the biggest of the country’s three telecom majors, said Thursday that it could spend as much as 100 billion yuan on 5G this year.

China Unicom and China Telecom have a different strategy than China Mobile for developing their 5G infrastructure. Rather than building individual networks like China Mobile is doing, the two companies announced in September that they would team up to build a shared 5G network.

Building a shared network will allow the partners to each reduce their capital expenditure budgets by 40% this year, China Unicom Chairman and CEO Wang Xiaochu said Monday.

China Unicom and China Telecom have about 50,000 5G base stations up and running, according to the China Unicom’s annual report, which added that the partnership has saved them a combined 10 billion yuan.

China Unicom said Monday that it aims to gain 50 million more 5G subscribers this year, but didn’t disclose how many packages it sold in 2019.

China Mobile had 15.4 million subscribers at the end of February, according to its 2019 annual report, which it released Thursday. China Telecom said it had 10.73 million.

Unlike in the 4G era, China’s three carriers do not intend to subsidize their users’ mobile phone purchases, Wang said. Budget 5G smartphones should become more widely available in the second half of this year, when carriers will be looking to aggressively expand their market share.

5G phones are currently priced above 3,000 yuan and there isn’t much variety, Wang said, which has hurt sales and undermined the move to 5G.

In terms of the influence that the coronavirus outbreak has had, Wang said the pandemic has not had too big of an impact on its data business as its housebound users have burned through more data on entertainment. However, the company’s revenue from phone calls has taken a hit.

Meanwhile, many users with two SIM cards ended up suspending one when the outbreak in China was at its peak in February. That resulted in a plunge in total users. In February alone, China Mobile lost 7.25 million users. China Unicom disclosed that its user base shrank by 6.6 million in February, and nearly 7.8 million in the first two months of this year.