Job Openings in China Fall Over 30% Amid Coronavirus 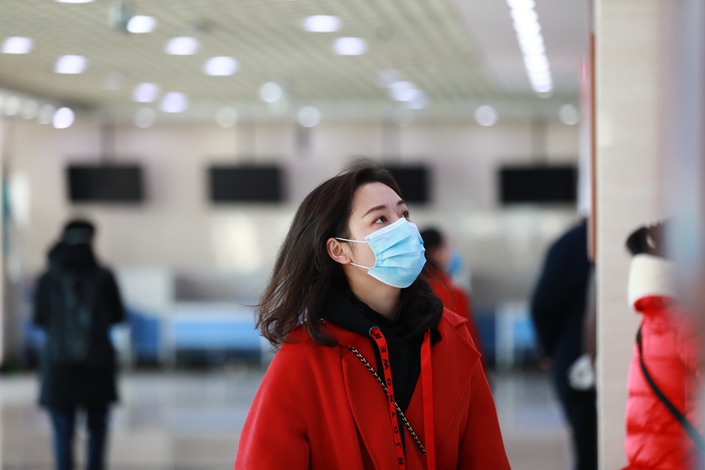 Job openings in China for the first two months of this year dropped by more than 30% as the coronavirus epidemic severely disrupted economic activity, a new survey has found.

A joint project between Peking University’s Guanghua School of Management and Zhaopin, one of China’s largest hiring platforms, the survey covered about 1 million companies in China across all economic sectors. While the results have not yet been officially published, survey organizer Lu Hai, a professor at Peking University, discussed the findings in an online seminar held Wednesday to discuss the coronavirus’s economic impact.

Lu did not reveal specific figures on the number of openings, but said the hardest-hit sectors included media, entertainment, sports and services, which all saw job openings fall more than 40% year-on-year in the first two months of 2020. They were trailed by the IT, telecom, and internet sectors, which saw new job listings drop by over 30%.

The energy, mining and environmental protection sectors have been relatively mildly impacted, with job openings for the first two months dropping less than 20%.

Smaller firms have been hit much harder than big companies. Firms with staff of more than 10,000 advertised 15% fewer job openings, compared to 40% for firms with less than 20 staff, and 30% for companies with staff between 20 and 99 employees, according to the survey.

China’s national quarantine policy, launched in a bid to curb the spread of the novel coronavirus, has brought the country’s economy to a standstill and wreaked havoc on the labor market. China’s official manufacturing Purchasing Managers’ Index (PMI), which gives a snapshot of operating conditions in the manufacturing sector, tumbled to a record low of 35.7 in January-February. The unemployment rate likewise hit a record high of 6.2%, according to data from from the National Bureau of Statistics.

With the coronavirus situation in China abating and the country gradually resuming work, some economists predict the labor market will pick back up in the coming months.

However, the worsening global pandemic’s disruption of economic activity in other countries is weakening demand from overseas for Chinese products, holding back China’s economic rebound.

“Falling exports might be negative for employment, which could then impact domestic consumption and manufacturing investment," Lu Ting, chief China economist at Nomura International Ltd. said in a note on Tuesday.