China Needs to Give Its Struggling Exporters a Hand, Experts Say 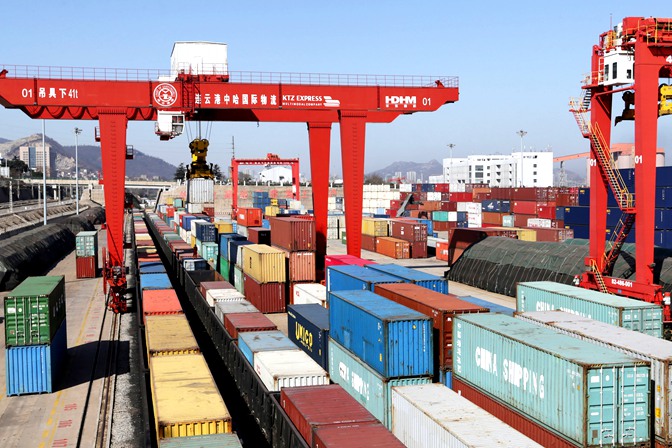 The call to aid exporters highlights the evolving challenge that the sector has been dealing with as the center of the coronavirus outbreak has shifted from China to overseas. Photo: IC Photo

Now that almost all new coronavirus cases are occurring outside China, economists say that the country needs to help keep its exporters afloat until demand from their overseas customers can recover.

The call to aid exporters highlights the evolving challenge that the sector has been dealing with as the center of the coronavirus outbreak has shifted from China to overseas. Net exports of goods and services contributed 11% of GDP growth in 2019, according to (link in Chinese) the National Bureau of Statistics.

China’s foreign trade has suffered over the past two months as factories were closed to stem the virus’s spread. Domestic companies’ overseas goods sales fell 17.2% year-on-year in dollar terms during the period, compared with 0.5% growth for all of 2019, official data showed (link in Chinese).

Exports are now taking another hit as manufacturers are returning to work now that the outbreak is waning, but some have found that they have no work to do because foreign clients have canceled or slashed orders as the pandemic is now spreading rapidly outside China’s borders.

Policymakers’ most critical task in the trade sector at present is to help competent export companies survive as they are the foundation of China’s foreign trade, said Bai Ming, deputy director of the Ministry of Commerce International Market Research Institute. If a large number of them close down over a short period of time, the cost for China to reenter the international market after the pandemic is brought under control will be enormous, he told Caixin.

Experts predict that exports could fall further in March and in the second quarter. Economists from Nomura International (Hong Kong) Ltd. said exports could drop 25% year-on-year in March (link in Chinese) and 30% in the second quarter as major developed and emerging economies slide toward recession amid large-scale coronavirus-caused city shutdowns.

“Stabilizing trade growth is not that important now,” said Yu Chunhai, an economics professor at Renmin University of China. That’s because Chinese policymakers can’t do anything to boost demand outside the country, so pursuing export growth is neither realistic nor necessary. The crucial task now is to protect supply channels, he said.

He suggested governments try to help some suppliers by cutting taxes and fees, as well as other measures, in order to prevent these companies from shutting down due to a short-term shortage of orders.

The Ministry of Commerce will help foreign trade enterprises get back to work, ensure production and exports by major enterprises and of key products, and help enterprises obtain orders through online business talks and exhibitions, Liu Changyu, an official with the ministry, said at a briefing (link in Chinese) on Thursday.

Apart from shrinking demand, exporters have also seen their businesses disrupted by shortages of raw materials and intermediate components because so many overseas factories are now shut down, he said.

At a Tuesday meeting of the State Council, China’s cabinet, policymakers vowed to improve international freight transport capacity by increasing the number of freight aircraft and smoothing customs clearance procedures in an effort to restore supply chains.