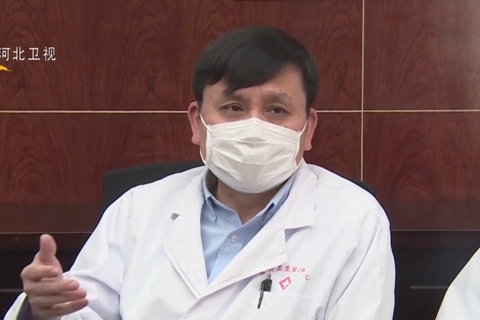 Authorities believe a person confirmed Thursday with a new local case of Covid-19 may have been infected by an asymptomatic traveler on a flight from Beijing to Hangzhou, spotlighting the challenges China faces from imported cases and spreading by people with no symptoms.

Asymptomatic infections have become a new focus in China’s fight against the pandemic, since such people often still move about in society with the potential to spread the virus. China is also grappling with a steady stream of people returning to the country from abroad, many of them Chinese students and other citizens coming home as situations worsen in their host countries.

Authorities believe the patient, a longtime Beijing resident surnamed Lou, may have been infected on an Air China flight as he traveled on March 21 to Hangzhou, capital of East China’s Zhejiang province. His ultimate destination was the city of Wenzhou, where Lou, like many Chinese, planned to visit his ancestors’ graves during the upcoming Qingming festival.

After traveling to Wenzhou, including regular social contact in restaurants, hotels and with friends and family along the way, Lou started coughing, got headaches and came down with a fever. On March 26 he was confirmed to have contracted the virus.

After the confirmation, health authorities determined that 25 people on his flight had arrived from abroad and were on Lou’s flight transiting through Beijing to Hangzhou. One of those, a student surnamed Zhang who had been studying abroad, had just flown from Germany and transited through the Netherlands before flying to Beijing. Zhang later tested positive to the virus but showed no symptoms.

The chances of infection were increased because passengers were on the plane for eight hours due to weather-related delays, even though the flight normally takes about two hours.

Lou’s infection revealed a number of holes in China’s measures to contain “imported” cases, most notably difficulties involving people who have no symptoms. Local authorities are trying to fix the loopholes by testing, tracking and isolating arrivals from abroad more closely. Shanghai requires international travelers destined for most other cities to be tested and isolated in Shanghai for 14 days.

“Otherwise, it means a large number of (infected people) would stay in communities, leading to an outbreak,” he said at a seminar on Friday, adding such asymptomatic cases are now the biggest risk to China as it recovers from its outbreak. He noted his team found some cases that were asymptomatic from beginning to end, even though they tested seropositive for three weeks.

Authorities and medical experts agree that asymptomatic patients can be infectious, but carry a lower viral load than those with evident symptoms, suggesting they are less contagious.

There is no public data about the number of asymptomatic cases in China, though medical institutions have kept recording and reporting such cases to superiors. It is also unclear what proportion of coronavirus infections may be symptomless.

Some experts have suggested large-scale testing of all those with potential exposure to the virus, and testing has begun for all inbound international travelers. Once asymptomatic carriers, who are not counted as “confirmed” cases by China, are identified, they are generally brought to isolation centers for further testing and treatment if symptoms emerge during a 14-day quarantine period.

The Beijing municipal government announced on Friday that an asymptomatic carrier was arrested for alleged violation of the law for treating infectious diseases, as the person concealed travel history in Wuhan and failed to home isolate. The person’s mother became infected, and more than 20 close contacts were quarantined.