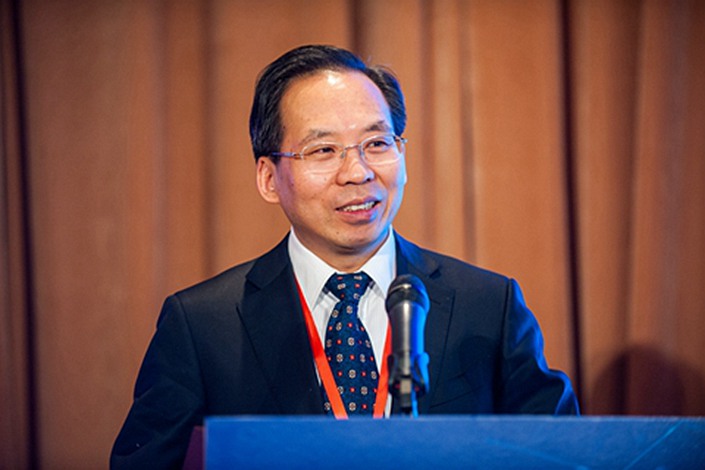 Economic support measures to cushion the hit from coronavirus should focus on people rather than traditional infrastructure, an advisor to the country’s finance ministry told Caixin, after Beijing pledged on Friday to step up monetary and fiscal policy responses.

Liu Shangxi, president of the Chinese Academy of Fiscal Sciences, a ministry-affiliated think tank, said policy should focus on rescuing individuals, families and companies, rather than infrastructure projects like road and rail construction, which have helped drive Chinese economic growth in the past.

“Such investments should be driven by people, based on rural-urban migration trends, to both solve immediate problems and foster high-quality development in the long term, rather than simply laying out new business stalls,” Liu told Caixin in an interview Saturday.

The remarks came a day after the Politburo, the 25-member top decision-making body of China’s ruling Communist Party, called (link in Chinese) for the raising of the deficit to GDP ratio, increasing issuance of special-purpose local government bonds, and starting issuance of special-purpose sovereign bonds. The Politburo also pledged to lower lending rates and maintain “reasonable and abundant” liquidity in the financial market, although it did not provide further details.

The coronavirus pandemic has brought much of China’s economy to a near-standstill, with many businesses in a severe cash crunch and job openings down by over a third, threatening economic growth.

Liu said the policy package should rescue companies to avert a wave of bankruptcies and prevent a further rise in unemployment, as well as provide financial support to ensure individuals can afford daily life essentials. He suggested government investment to increase labor skills training for the unemployed, helping improve the quality of China’s labor force.

Liu also called for stimulating demand with the digitization of infrastructure and using digital technology to upgrade public facilities, laying a foundation for long-term development and helping improve public services.

Before the Friday meeting, many expected Beijing would cut taxes to help tide companies over, but Liu said such measures were not an appropriate response. He said there is limited room for tax and fee reductions, and such a change would be just a drop in the bucket for firms that have booked huge losses and been forced to suspend operations.

“It should be clear that the nature of current policy is one of rescue and hedging, rather than stimulus and countercyclical adjustment,” said Liu.

Liu also said the central government should bear the bulk of the financial burden, coordinate coronavirus rescue policies and separate them from the fiscal budget. He said it should be clear where the money should be spent, how long it should take, and how much capital central and local governments should contribute, similar to the stimulus package launched in response to the 2008 financial crisis.