By Guo Yingzhe and Wang Liwei 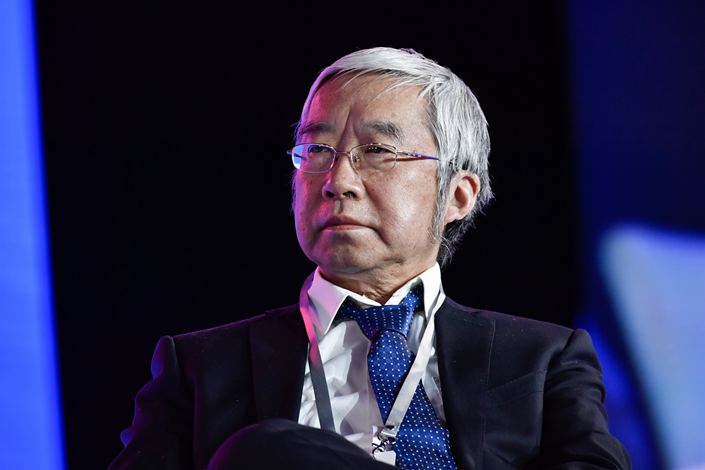 Debate is heating up among economists and Chinese government advisers over whether the country should abandon its annual growth target this year given the huge uncertainties facing both domestic and external demand as a result of the coronavirus pandemic.

Yu Yongding, one of China’s most influential economists and a former central bank adviser, is among the latest to add his voice to the discussion, urging the government to stick with its tradition of issuing a numerical goal for expansion in gross domestic product (GDP), even if it is a low one.

The government has not officially released its GDP growth target for 2020. Premier Li Keqiang was due to announce the figure at the annual meeting of the National People’s Congress (NPC) in Beijing on March 5 but the gathering has been postponed due to the coronavirus epidemic and a new date has not yet been set. Even so, a meeting on Friday of the Politburo central committee, the Communist Party’s top decision-making body, urged efforts to “achieve this year’s economic and social development goals,” which suggests that a GDP target, even a lower one, may not have been abandoned yet.

The target is a crucial tool for companies, especially large enterprises, to use as a reference when setting their business plans, Yu told Caixin in an interview on March 31. “If they don’t have a GDP target number at all, they can’t make their business plans,” he said.

Policymakers should come up with a “realistic” target based on the impact the coronavirus epidemic has already had on the economy and on expectations for the rest of the year, he said. “If we can make it to 4% that would be very good,” he said.

The government shouldn’t be aiming for 6% GDP growth this year, a figure that was widely expected before the outbreak of the coronavirus in January, because the stimulus needed to achieve it would lead the economy to overheat, Yu said.

“At present, the growth rate in the first quarter is likely to be negative,” he said. If the government sticks to a 6% target, the remaining three quarters of the year would require growth of 8% to 9%, well beyond the country’s potential growth rate, he added, comparing the task to a run by world record sprinter Usain Bolt.

Yes, Bolt was able to run 100 meters in 9.6 seconds, but if he took two or three seconds more to complete the first leg, it would be impossible for him to accelerate sharply over the rest of his sprint and still finish in 9.6 seconds.

On the opposing side of the growth target debate is Ma Jun, an economist who sits on the People’s Bank of China (PBOC) monetary policy committee as an academic member. Ma was previously head of the PBOC’s research bureau and is now director of the Center for Finance and Development at Tsinghua University.

Ma proposed the government drop the target altogether for 2020 given the damage already done in the first quarter and huge uncertainties facing the economy over the rest of the year. In a speech on Tuesday, he said that maintaining 4% to 5% expansion, let alone 6%, would be extremely difficult.

Pursuing an artificially high rate of growth would “kidnap macroeconomic policies and eventually force the use of an all-out stimulus,” said Ma, who has been calling for several years for the annual target to be ditched.

Most economists are expecting China’s GDP to contract in the first quarter of 2020 on a year-on-year basis because of the hit from the coronavirus epidemic that led the government to shut down large swaths of the economy and lock down millions of residents. Economists at Nomura International Ltd. estimate a drop of 9% in the first quarter while UBS AG forecasts a decline of 10%. BofA Securities, part of Bank of America, sees a fall of 6%. For the full year, Nomura estimates the economy will eke out growth of 1.3%, while UBS and BofA Securities project 1.5%.

Julian Evans-Pritchard, a senior China economist at research firm Capital Economics Co. Ltd, told Caixin policymakers should drop the GDP target as “any target that would be politically acceptable (i.e. greater than 4%) will be very difficult to achieve.”

“The truth is that growth this year will depend heavily on factors that are outside of policymakers control such as how the virus spreads globally and the extent of the slump in foreign demand,” he said.

It would be better for policymakers to accept that growth may be very weak this year and simply focus on minimizing the damage to household and corporate balance sheets, “alongside reforms to address China’s structural problems and improve the country’s long-run prospects.”

Wang Tao, chief China economist at UBS, also supports ditching the goal. If the government does set one, it would be better to do so without referring to a specific number, she said.

“To target something that is so uncertain is not feasible,” Wang said, citing strong headwinds including shrinking global demand and the risk of the outbreak reemerging in China itself. What is important now is to control the spread of the virus, get life and production back to normal and help low-income people.

But other economists argue policymakers should not abandon the target because of the signal it sends to local authorities, companies, and society as a whole.

Liu Feng, chief economist at China Galaxy Securities Co. Ltd, told Caixin that setting a growth target is “a political issue” and is a key part of the system used by the central government to judge the performance of local authorities and officials. “It isn’t feasible for authorities to just abandon the target, because there is no other appraisal standard to replace it,” he said.

He acknowledged, however, that given that a global recession is inevitable, any recovery in the China’s domestic economy in second half of the year will likely be insufficient to offset the contraction in the first quarter.